Nociceptive threshold testing (NTT) is widely used for testing sensory and nociceptive thresholds in pain research. von Frey filaments and hotplate technologies have been the standard methods for conducting NTT for many years, but have significant scientific and animal welfare limitations. MouseMet and RatMet provide an alternative approach to NTT testing which reduces the number of interventions required, reducing the stress experienced by each subject and improving animal welfare. Topcat are looking for partners in pain research willing to use and publicise the benefits of this methodology.

Testing for thermal and mechanical hyperalgesia, allodynia and hypoalgesia is used in pain research to understand both the gross/ molecular structure and function of the nervous system and the broader concept of pain in the whole animal. NTT is used across these studies in fundamental pain research, pharmaceutical and chemical screening, drug efficacy testing and disease modelling to detect increases or decreases in sensitivity to a noxious stimulus (Le Bars et al., 2001; Koga et al., 2004; Huang et al., 2017; Tzschentke et al., 2017).

Mechanical threshold testing is traditionally carried out using von Frey filaments, where a series of stimuli are applied to the hindpaw and the animal responds by withdrawing its foot. However this method has drawbacks, for example the filaments are prone to bending damage causing inaccuracies in the applied force as well as errors in measurement. Each data point requires a sequence of several stimuli and subsequent mathematical derivation of threshold force. This derivation is frequently implemented incorrectly through lack of understanding of the statistical process (Dixon et al., 2014). Electronic ramped von Frey methodology avoids these problems but current commercially available systems have two disadvantages: (i) the force ranges are too high for mice (typically 50gf -500gf) leading to low accuracy, and (ii) they employ “stiff” transducers adversely affected by hand tremor. Testing is usually carried out for prolonged periods in square cages with a mesh floor, throughout which the animal is out of its familiar home environment and is increasingly stressed.

Thermal threshold testing is commonly carried out using a Hargreaves or traditional hot plate system. The Hargreaves system provides an infra-red stimulus to the foot applied through a solid glass floor. Animals must be moved to a new environment, which is stressful and requires acclimation time. Furthermore, urine, produced throughout testing, prevents reproducible heat transfer through the glass floor to the animal’s foot. Using traditional hot-plate systems is stressful for the animals. Also the animals cannot act as their own controls (increasing animal use in studies) (Deuis et al., 2016) and the method is susceptible to learning phenomenon (Le Bars D et al., 2001).

MouseMet and RatMet provide significant improvements to traditional thermal and mechanical nociceptive threshold testing: fewer mechanical stimuli are required, parametric data are produced without mathematical derivation and handling stress is reduced as both tests are applied in the same environment.

Topcat have developed MouseMet EvF (electronic von Frey), a novel, rotary force transducer with a range specific for mice (0.1-7gf). This provides a single ramped mechanical stimulus that replaces the succession of “go/no go” tests and post-testing calculations required by filaments. The rotary action transducer is used with species-specific cages designed to make access to the foot and controlled application of the stimulus more efficient; minimising the time taken to obtain results and the time each animal has to spend away from the home cage environment. Threshold force is automatically recorded and the force ramp displayed.

A height adjustable system of one-dimensional cages was developed to ensure that the subject, after first exploring the environment, will sit sideways to the tester. Carefully spaced foot bars ensure that the animal can sit and behave naturally throughout the procedure, while ensuring optimal access to the appropriate test site on the foot. This enhances animal well-being compared with traditional square and mesh-floored cages as testing is quicker and easier.

Subsequently, Topcat Metrology Ltd has used its 20 years’ experience of thermal threshold testing in larger species to develop a thermal stimulus for mice (MouseMet Thermal). The miniature probe, (2mm diameter), is mounted on the same MouseMet transducer (thereby minimising operator learning time) and is applied to the plantar surface of the foot in the same way as the mechanical test, with the animal still in the same cage.

A second version of the system, with larger cages, a force range of 1-80gf and a similar thermal probe is available for rats (RatMet), making the system appropriate for all rodent studies. Both the EvF and Thermal systems have been validated (Deuis et al., 2016; Thomas et al., 2014; Thomas et al., 2013; Deuis et al. 2013, Deuis et al. 2014, Deuis et al. 2015, Schuster et al. 2015, Taylor et al. 2012) and provide significant refinement (Taylor 2016, Taylor et al., 2016) due both to reduced animal stress, as well as production of more robust data allowing smaller group sizes and reducing the need for repeat experiments. MouseMet and RatMet are suitable for use in all circumstances where NTT is used. The widespread employment of the technologies in laboratories conducting rodent based research in the pain field would benefit both animal welfare and the quality of the science. 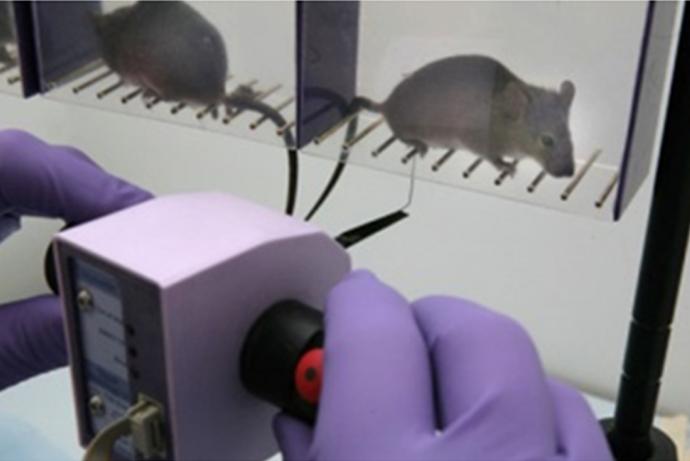 MouseMet technology is validated and now requires widespread acceptance as a refinement over traditional von Frey filaments and Hargreaves methodology to realise the animal welfare benefits.

Increased employment of MouseMet technology and consequent publication of results would publicise the benefits of this method in providing both better welfare and better science for all rodent-based research in the pain field.

Topcat Metrology is seeking partners using rodent NTT studies for drug development or basic research to assist with this in exchange for a discount on either one or both of the MouseMet and RatMet systems. Topcat would collaborate in further refining testing protocols (for example establishing appropriate time intervals between tests) and in providing any training required in how to use the system and interpret data.

Pain is a complex whole animal phenomenon requiring conscious perception. Hence, although some mechanisms can be studied in vitro, conscious animals must be studied at some stage. Thousands of mice and rats undergo NTT testing per annum: for example, every issue of the monthly journal Pain, contains at least one, and usually two or three articles including data from nociceptive testing in rodents, utilising between 50 and 250 animals each. Replacing traditional methods with Topcat’s technology would refine and reduce in vivo studies where there is no alternative.

The single ramped stimulus combined with one-dimensional MouseMet and RatMet cages, offers a quicker, and therefore less stressful approach to testing, as the animal has to be handled less. Furthermore, since MouseMet/RatMet EvF and Thermal are used for dual testing without the need to transfer the animals to a second environment, acclimation time is halved and stress further reduced. Additionally, the use of MouseMet/ RatMet thermal devices avoids the need for animals to be placed on hotplates up to 50oC where nocifensive reactions are assessed over two minute periods (Tzschentke et al., 2017), presenting a significant welfare improvement. 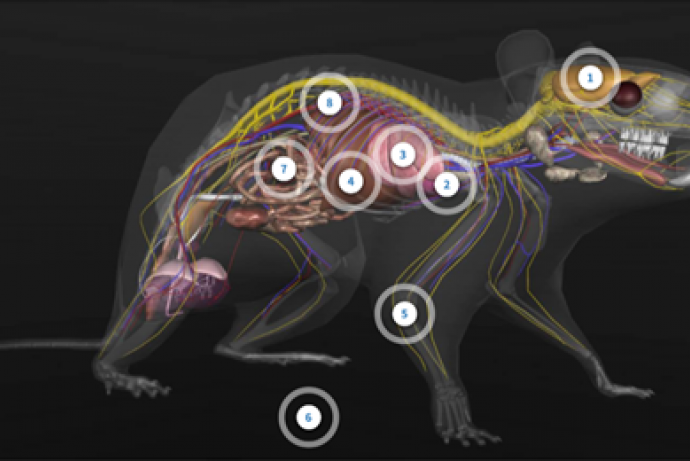 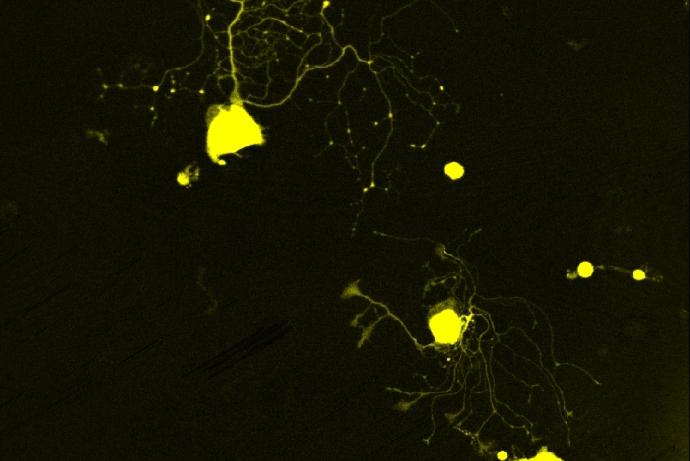 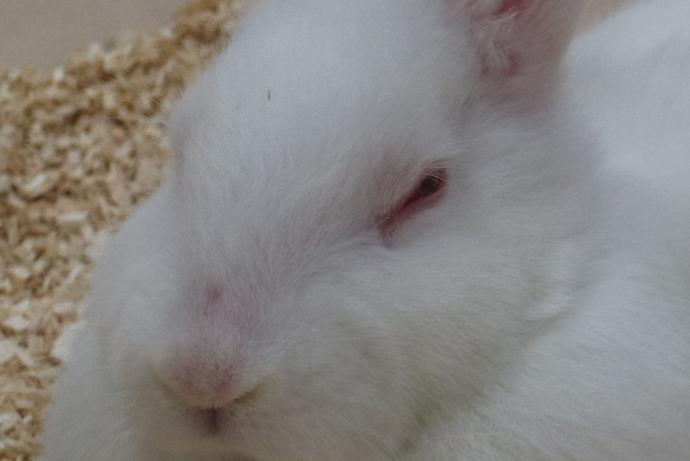 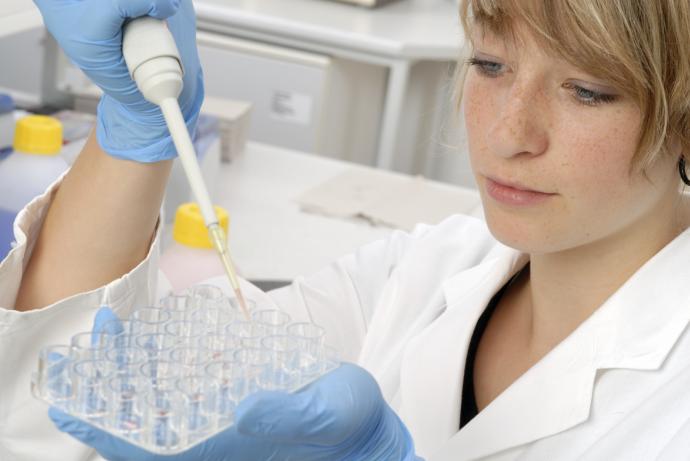 Development of an in vitro model of 'pain' 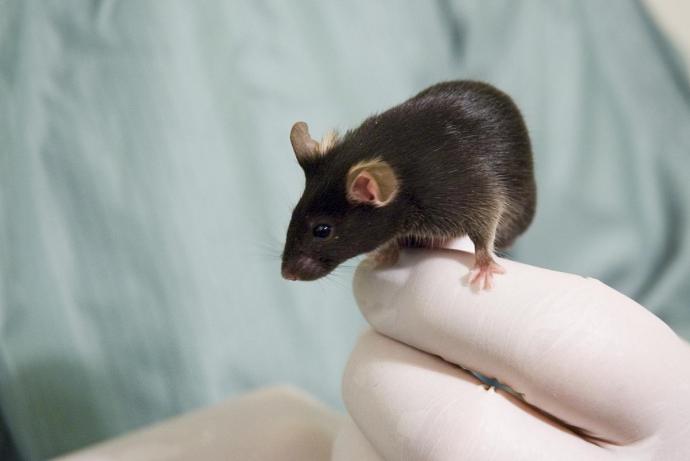