The aim of this Challenge is to develop an in vitro model of the human liver that is metabolically and immunologically-competent for the routine assessment of Yellow Fever (YF) vaccine attenuation.

The vaccine is based on a live-attenuated virus derived from a pathogenic strain of YF virus and is currently assessed in non-human primates (NHPs), specifically cynomolgus macaques. Existing in vitro liver models are not fit for viral testing in a pharmaceutical context due to a lack of immune competency. A non-exhaustible or easily renewable source of cells, with a characterised origin is required. The model must be compatible with automated distribution and multiple sample analysis, as well as the constraints linked to manipulations of pathogenic agents (Biosafety Levels 2 and 3 (BSL2, BSL3)).

A team led by Professor Lyle Armstrong from Newcells Biotech Ltd has been awarded £957,793 to deliver Phase 2.

Sponsored by Sanofi Pasteur EU, the ImmuLiver Challenge aims to develop an in vitro model of the human liver that is metabolically and immunologically-competent for the routine assessment of Yellow Fever (YF) vaccine attenuation. The vaccine is based on a live-attenuated virus derived from a pathogenic strain of YF virus and is currently assessed in non-human primates (NHPs), specifically cynomolgus macaques. Existing in vitro liver models are not fit for viral testing in a pharmaceutical context due to a lack of immune competency. A non-exhaustible or easily renewable source of cells, with a characterised origin is required. The model must be compatible with automated distribution and multiple sample analysis, as well as the constraints linked to manipulations of pathogenic agents (Biosafety Levels 2 and 3 (BSL2, BSL3))

Yellow fever is a mosquito-borne flavivirus disease affecting human populations in tropical areas of South America and Africa. The virus maintains an enzootic cycle in NHPs and is periodically re-introduced to humans through infected NHPs living nearby (Fernandes et al., 2017; Moreno et al., 2013). This means the global eradication of Yellow Fever virus (YFV) infection is not possible and it remains a major public health concern. YFV infection can cause severe illness characterised by the impairment of liver function, leading to acute hepatitis, severe hemorrhage and if it proceeds to infect the central nervous system, death (Monath, 2001; Monath et al., 2015). YFV-infected cynomolgus macaques fully recapitulate the pathophysiology of human YF disease, and were central in the development of the first YFV vaccine strain, YF17D (Frierson JG, 2010), obtained by the prolonged cultivation of the wild type YFV-Asibi strain.

For the development and evaluation of vaccines, current regulatory guidelines (WHO Annex 5, 2013) recommend that appropriate safety characterisation studies should be conducted using the YF17D vaccines as a comparator. Due to the lack of suitable small animal models able to mimic YF pathophysiology, much weight is currently placed on cynomolgus macaque neurovirulence studies for vaccine safety evaluation (Levenbook et al.,1987). A typical safety test is described in “Recommendations to assure the quality, safety and efficacy of live attenuated yellow fever vaccines” (WHO Annex 5, 2013).

In this assay, neurovirulence, immunogenicity and viscerotropism are evaluated in the same macaques (n=10) through innoculation with a test dose in the frontal lobe followed by clinical observation, sampling and post-mortem histology. Neurotropism can also be evaluated through peripheral innoculation.

There is strong industry interest in replacing in YFV vaccine attenuation assessment.

An in vitro model of viscerotropism

The development of an immune competent in vitro liver model for use in the viscerotropic assessment of YF vaccine products has the potential, when combined with the in vitro neurovirulence model, to replace the use of macaques in safety testing of these products. The use of small animal models for assessment of viscerotropism is limited by their poor predictivity. For example, type I Interferon (IFN)-deficient mice succumb to infection with wild type virus and survive infection with the vaccine, but are immuno-compromised, and hamsters can develop viscerotropic symptoms and high levels of virus in the liver, but only when infected with a hamster-adapted virus strain (Julanger, 2016). These have limited predictive value for viscerotropism and a human relevant in vitro model would have significant potential to replace the use of macaques.

Both the 17D vaccine and wild type (Asibi) viruses can productively infect various liver cells in vitro and elicit similar replication levels, making them indistinguishable by replication when used in the same model. However, Sanofi have recently demonstrated that human primary hepatocytes may be a valuable in vitro model to investigate innate and metabolic disorders elicited by YFV infection. The study was conducted in a commercial human liver organotypic model (InSphero™) based on primary hepatocytes. Using a transcriptomics screen, type III IFN was identified as a potential biomarker to differentiate between wild type and vaccine YFV. This observation is consistent with other reports describing the critical role of type III IFN in clearance of hepatic infections, like hepatitis C, in vitro and in vivo. Other potential biomarkers have been identified, suggesting that such an in vitro model could constitute an alternative to the macaques viscerotropic assay to predict YF liver disease (Masse-Deragon et al., 2016, thesis work and manuscript in preparation).

A functional liver model that can recapitulate as much as possible the complexity of the organ, is needed to assess viscerotropism and replace macaques in the testing of new vaccine products. Besides its major role in metabolism, the liver is also a critical component of defence against blood-borne infections (Crispe, 2009). It contains both conventional and unconventional populations of resident antigen-presenting cells (APCs), like Kupffer cells, liver sinusoidal endothelial cells and hepatic stellate cells, which can support T cell activation. The presence of such cells in a model of liver infection is critical. 3D cell culture has been demonstrated to recreate the in vivo microenvironment and physiological relevance of tissues (Mehta et al., 2012). A number of multicellular liver models are commercially available but have not been proven to be suitable for routine assessment of YFV vaccines. The principal limitations are:

All currently manufactured YF vaccines are based on two subtypes of the YF17D attenuated strain. WHO current guidelines recommend that attenuation in macaques is assessed for each new manufactured seed lot and for any new YFV attenuated strain (WHO Annex 5, 2013). A typical assay is described in Moulin et al (Moulin et al., 2013). Depending on the manufacturing capacity, this assay is repeated two to four times a year. For each new working seed lot, at least two groups of ten cynomolgus macaques (both sexes), one test group and one reference group, are anesthasised and inoculated with viral suspension intracerebrally into the frontal lobe. Macaques are observed for 30 days and records of clinical observations (ranging from not eating to limb paralysis and death) are obtained according to WHO recommended scores.

With growing evidence that both the neurovirulence assay will be replaced by an in vitro assay in the future (da Costa et al., 2018), there is an urgent need to find a substitute to the macaque viscerotropism test to enable replacement of this invasive and terminal procedure. A robust, biologically-relevant in vitro assay for vaccine attenuation assessment would provide a strong case to convince health authorities to remove the macaque assay from the YF vaccine guidelines. As an example, the US and Canadian Health Authorities (FDA and BGTD, respectively) have recently approved the replacement of the inactivated polivirus (IPV) inactivation test in Primary Monkey Kidney Cells (PMKC), by an in vitro assay in a mouse cell line genetically engineered to express human poliovirus receptor, CD155, based on a robust validated assay (da Costa et al., 2018).

There are many forms of liver infection, classified according to the category of the infecting agent as viral (e.g. cytomegalovirus, HIV and herpes simplex), bacterial (e.g. acute bacterial hepatitis, bacterial liver abscesses and granulomatous liver disease) or parasitic (e.g. plasmodium P.vivax, liver flukes (trematoda) and tapeworms (cestoda)). Implementation in industrial and academic settings, of assays developed through this Challenge could be a viable and improved alternative to the current animal models used for studying these various hepatic pathogenes as well as for the development of vaccines and antivirals. 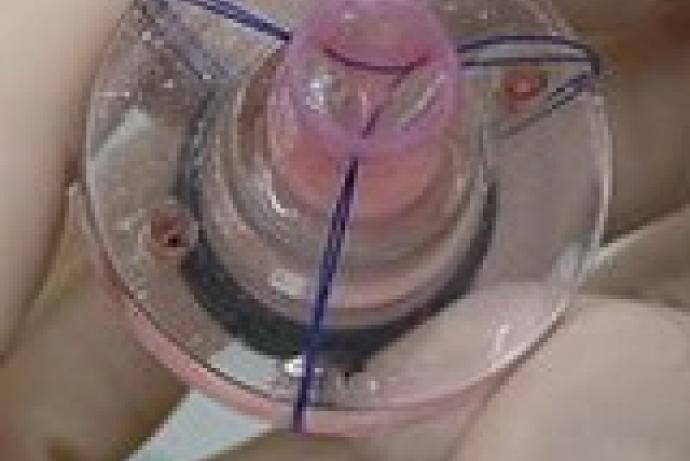 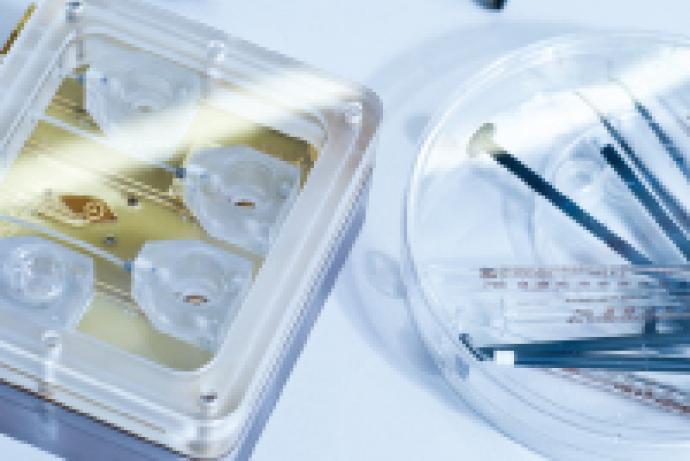 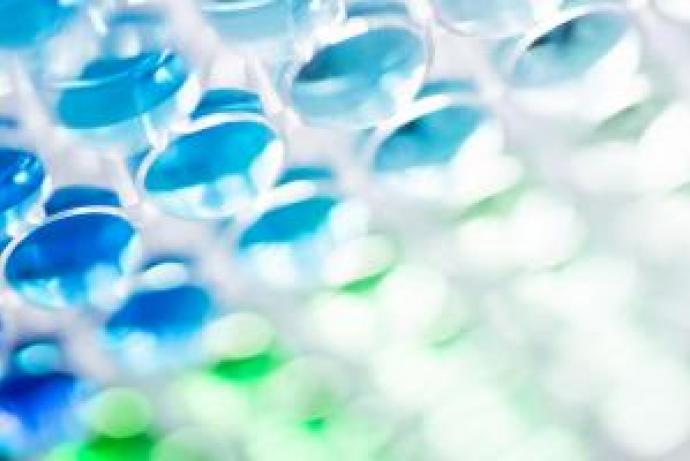 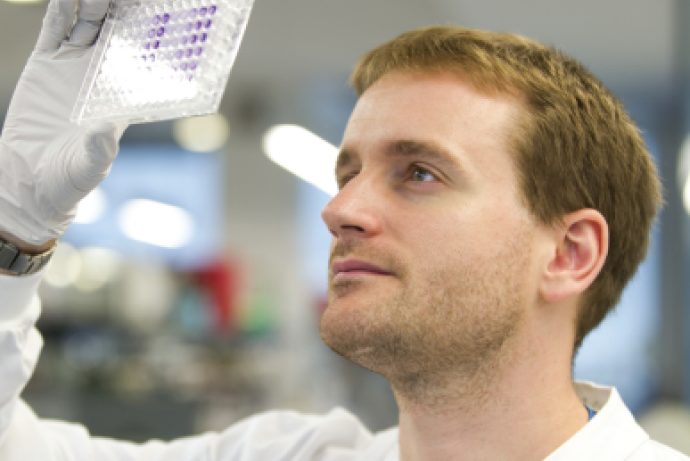 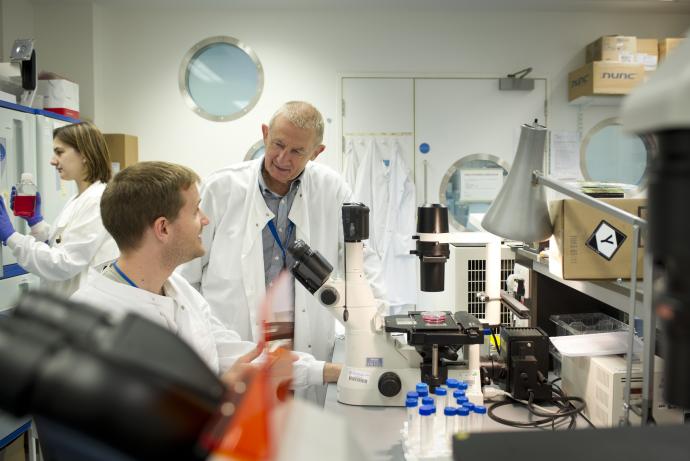 Replacement of murine transplantation assays by 3D in vitro substitutes 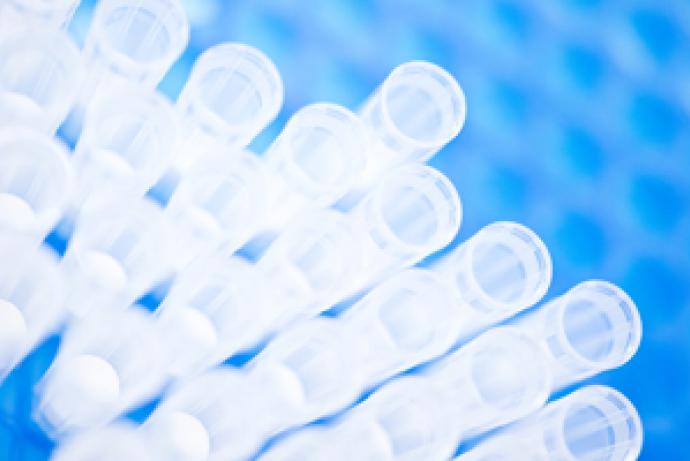 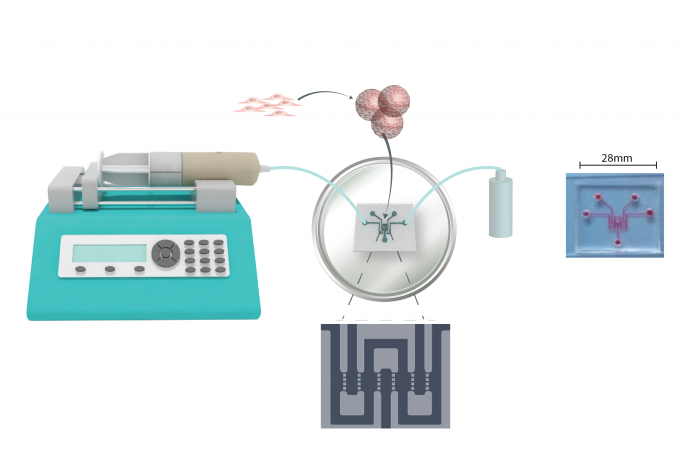 A human micro-liver system for reliable safety and efficacy testing 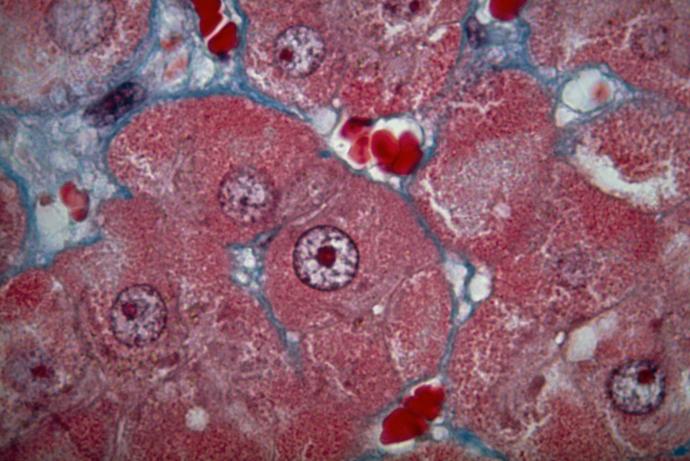