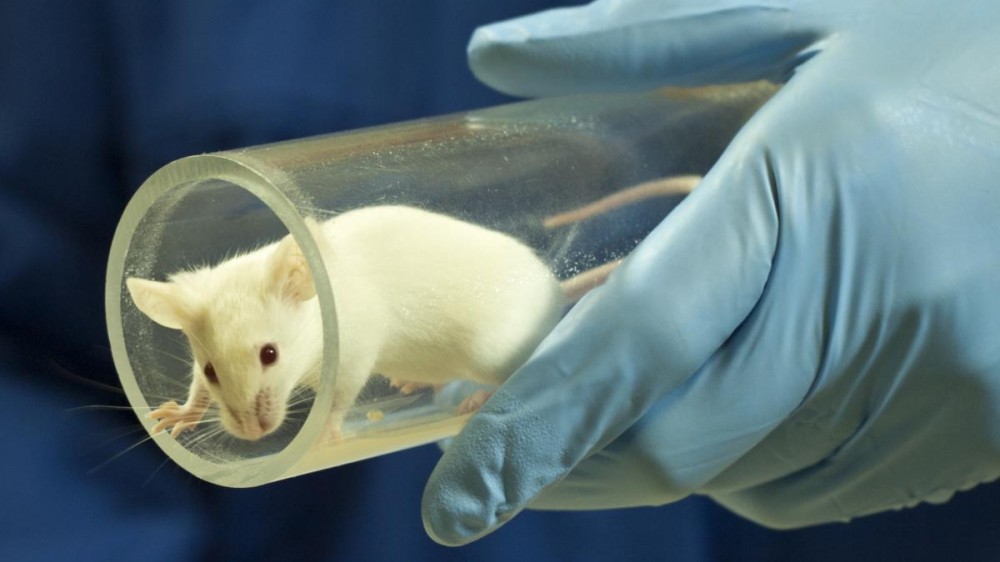 The tutorial is based on research funded by the NC3Rs and BBSRC, carried out at the University of Liverpool by Professor Jane Hurst and Dr Kelly Gouveia1,2. The aim is to promote widespread uptake of refined methods of handling laboratory mice by providing practical advice and tackling common misconceptions about the improved techniques.

Mice are the most common animal used in biomedical research, but until recently little was known about how best to approach and handle them from the animal’s perspective. Yet handling is an important part of everyday husbandry and precedes many experimental procedures. Depending on the method used, handling can cause mice stress and influence their behaviour and physiology, and so it can be a potential source of (unexplained) variability within and between studies.

The tutorial first compares different methods of handling mice. The most popular method currently used to handle mice is to pick them up by the base of the tail. It’s considered fast and allows for easy inspection of the animal but has no scientific validation and has been shown to cause anxiety in mice. The tutorial then demonstrates the ‘mouse-friendly’ alternatives of tunnel3 handling and cup handling, showing in a visual way why these alternatives are preferable, as they improve response to handling and reduce anxiety and stress. 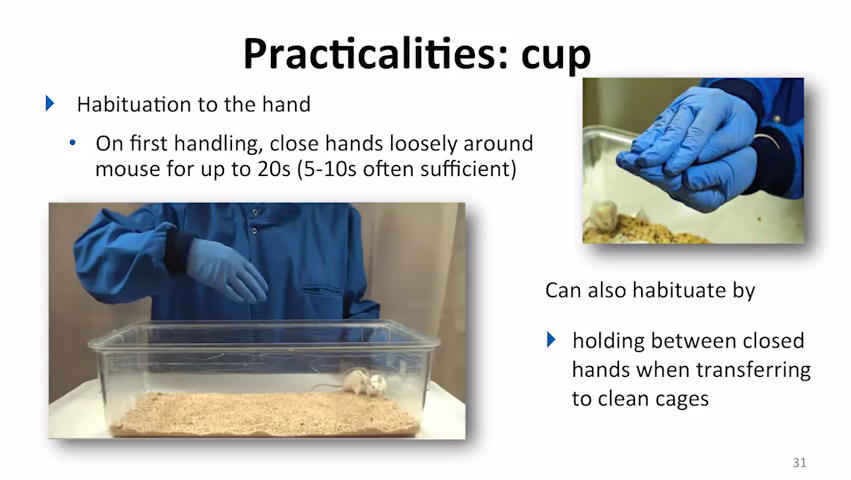 Importantly, the tutorial goes beyond summarising the discoveries from previous research and focuses on the practical side of things. Short videos explain, in a clear, visual way, practicalities such as how to hold and manipulate the tunnel correctly, how to habituate the animals to cupping, and how to incorporate these refined methods into routine husbandry and experimental procedures. The resource addresses common misconceptions, for example by showing that time taken for handling by the alternative methods is comparable to the traditional approach. 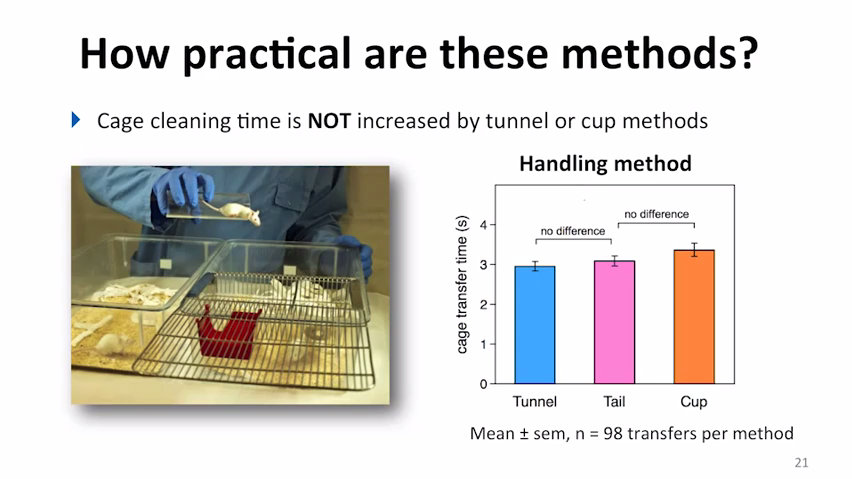 Widespread use of the tutorial has the potential to significantly improve animal welfare and the reliability of mouse studies.

Professor Hurst said: "We've been promoting tunnel and cup handling methods for some time, including working directly with laboratories in industry and academia. We've noticed staff trialling the refined methods for the first time don't always use them correctly, which is setting them up to fail – holding the tunnel in the wrong position in the home cage, for example, or chasing the mice with the tunnel. Used properly, tunnel and cup handling take no longer than tail handling and are practical even with jumpy strains."

Dr Mark Prescott, NC3Rs said: "The NC3Rs is asking staff in all laboratories handling mice to watch the video tutorial and try again with the tunnel or cup handling methods. The benefits of these methods for mouse welfare are clear, and the evidence for them improving test responses is growing. So unless you specifically want to induce anxiety in your mice for a research purpose, then you really ought to be moving away from tail handling methods."