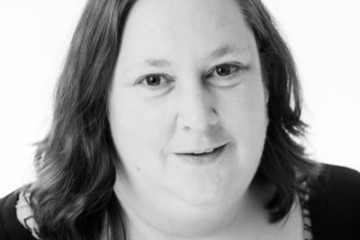 Alzheimer’s disease (AD) is the most common form of dementia affecting approximately 35 million people globally. Current treatments only reduce symptoms but not the disease process. To elucidate the molecular and biochemical mechanisms underlying AD, and to identify new therapeutic targets, preclinical research often uses transgenic mouse models with characteristics of AD including abnormalities in two neurological proteins, APP and tau. These abnormalities lead to the development of plaques containing aggregated beta-amyloid and tangles of hyperphosphorylated tau. In vitro mammalian neuronal cultures do not spontaneously develop these features and cannot be maintained for extended periods of time in culture, limiting their usefulness for some preclinical research.

This PhD Studentship aims to partially replace mice used in the study of AD by fully characterising an organotypic slice culture model derived from a transgenic mouse line.

In 2010, 722 papers were published using transgenic mouse models for AD with an average of 23 mice used for experiments in each paper. This equated to a total of approximately 17,000 transgenic mice required worldwide for AD studies published and registered in Pubmed in 2010. To reduce their use, the slice culture method generates approximately 36 slices from one postnatal mouse brain and allows each slice to be maintained in culture for up to six months. This allows for AD-like features to develop and the investigation of a number of parameters/treatments in tissue obtained from the same animal.

Organotypic slices will be prepared from 3xTg-AD mice. These transgenic mice recapitulate many biochemical, behavioural and physiological features of human AD, including the progressive development of plaques and tangles. Using previously published methodology for making organotypic slice cultures, this project aims to fully characterise the biochemical and physiological disease phenotype that develops in the cultured slices with time. This includes understanding the relationship between changes in tau and amyloid-beta with disease progression. Following characterisation, the slice cultures will be validated for their use in drug discovery. This will be achieved by testing the effects of therapeutic agents previously investigated in 3xTg-AD mice and comparing effects on tissue slices and those found in vivo.

Alzheimer’s disease (AD) is a progressive neurodegenerative disorder affecting around 35 million people worldwide and costing approximately £315bn annually in treatment and care. Due to an ageing population, the prevalence of AD is predicted to double every 20 years. The majority of investigations into basic mechanisms underlying AD and new therapeutic strategies to prevent disease progression use genetically modified mice to model disease. Such mice frequently develop aggressive phenotypes and display substantial neurological impairments with aging. Typically, biochemical investigations rely on analysis of brains from individual animals sacrificed at different ages. Similarly, due to the severity of invasive in vivo physiological measurements, different groups of mice are usually used in longitudinal studies of synaptic function. Here, we aim to replace, reduce and refine the number of animals used to study mechanisms underlying AD by characterising and fully validating an ex vivo model of AD. Brain slices will be prepared from 3xTg-AD mice, which recapitulate the primary neuropathological, electrophysiological and behavioural features of human disease. We plan to establish and culture organotypic slices from 3xTg-AD mice and maintain them in culture for periods of up to 6 months. We will assess the development of biochemical measures of disease severity, including tau phosphorylation and aggregation together with beta-amyloid (Aβ) production and deposition. We will also determine the degree of synaptotoxicity in this model of AD. The presence and severity of these phenotypic abnormalities will be carefully related to those observed in vivo to determine the extent to which slices mimic the development of disease in intact living mice, and thus act as a valid and sensitive replacement. Following a complete characterisation of the slice cultures, we will validate their use in drug discovery by determining the impact of disease-modifying therapies that have previously been investigated in 3xTg-AD mice. Such approaches include inhibitors of tau phosphorylation and Aβ production, anti-inflammatory agents, microtubule-stabilising drugs and NMDA receptor antagonists. Since 36 slices are obtained from an individual mouse brain, we will have the capacity to assess several different treatment conditions in a single animal. This significantly reduces both the number of animals required and also the experimental variation inherent in multiple animal testing. Furthermore, development of an AD phenotype ex vivo precludes the need for moderate to substantial severity testing of later stages of disease in living animals and the use of invasive physiological procedures, thereby significantly refining animal use for basic AD research. It is anticipated that the success of this project will lead to the wider adoption of organotypic slice cultures for investigations into a wide spectrum of neurological conditions in both academia and industry and therefore this study has high potential to generate a significant impact for the principles of the NC3Rs.