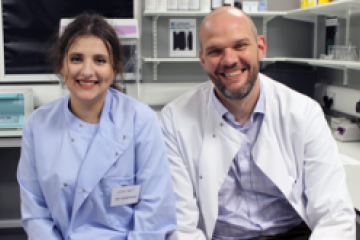 Pathological ossification can occur as a symptom of disease (ankylosing spondylitis) or following trauma due to surgery or following exposure to an explosion. The ossification that occurs is frequently very painful and requires resection of the affected tissue or in the case of less severe mineralisation, temporary immobilisation. In some cases, such as the mineralised ligament and tendon in AS, there is no real adequate treatment and the patient permanently loses mobility. The aetiology of many of these ossifications is unclear and this partly due to our inability to probe factors that may influence hard tissue formation in the existing animal models. Currently, in vivo models of mineralisation rely on the production of a modified mouse strain that overexpresses bone morphogenic protein and is prone to pathological mineralisation. These animals can require physical injury in order to induce the formation of the ossification and clearly this, in addition to the chronic debilitating effects of the ossification, mean that the animals endure significant suffering during their lifetime. Furthermore, the animal models that are used provide a poor approximation of the mineralisation that can occur in a human patient. Mice, for example, have a considerably higher rate of metabolism than humans and can be more refractory. In addition, the absolute volume of bone formation is typically significantly lower. This means that the nature of the newly formed mineral in the mouse differs from the mature bone that can be found in cases of heterotopic ossification. The proposed project would develop an in vitro model of pathological mineralisation, so that we can improve on existing animal models, eventually eliminating the need for them. The model will also enable us to systematically investigate the factors that might influence hard tissue formation. It will also help us to evaluate how existing drugs and other treatments may be used to disperse the ossification.