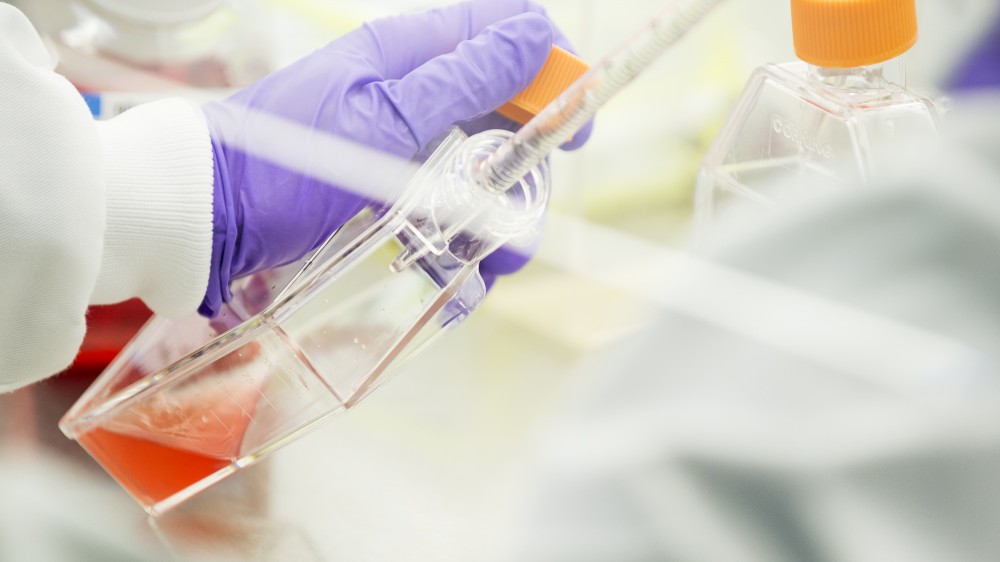 Dr Jan van der Valk is the Director of the 3Rs-Centre Utrecht Life Sciences in the Netherlands.

The Centre administers the FCS-Free Database, set up to provide an overview of alternatives to fetal calf serum for use in cell culture. In this blog post, he explores why FCS-free media are important and how the Database can support scientists.

If you’ve worked in cell culture, you’ve almost certainly used fetal calf serum (FCS), also known as fetal bovine serum. FCS is a by-product of the dairy industry, prepared with blood collected from unborn calves during slaughter. I used FCS in my own scientific work to create primary neuronal cultures and cultures of neuroblastoma cells. It was part of the routine in my lab, as it remains for many labs, and the cells did very well. What reasons might there be to question its use?

FCS was established as a cell culture supplement in the late 1950s by the American geneticist Theodore Puck (1). At this time, animal cell lines could be maintained in media that contained embryo extracts from the animal the cells originated from, but scientists struggled to maintain and proliferate primary cell cultures. In the search for a medium that could sustain primary cultures, it was discovered that both serum albumin and fetuin can promote the growth of certain cells (2). Puck found that fetuin is abundant in FCS, which led to experiments to determine its effectiveness as a medium for different cell types. His study confirmed this (1), and its publication soon resulted in the widespread use of FCS.

Reading Puck’s publication carefully, two important but largely neglected observations stand out. First, Puck observed that toxic factors appear in FCS to varying degrees and affect cell growth, so each batch of serum must be tested before use. Second, he observed that FCS obtained in summer and autumn generally worked well, but 80% of that collected in winter and spring had to be discarded. This variability in quality is not surprising as FCS is a biological product, but it has significant ramifications for science. If every single batch of serum could have a different effect on cells, this could hugely affect reproducibility.

In addition, there are animal welfare concerns, as blood is collected from the unborn unanaesthetised calf by a cardiac puncture. When not all precautions are applied, the fetus is likely to suffer from the procedure (3). This is at odds with the intention of developing in vitro methods as a replacement to avoid animal use and suffering. 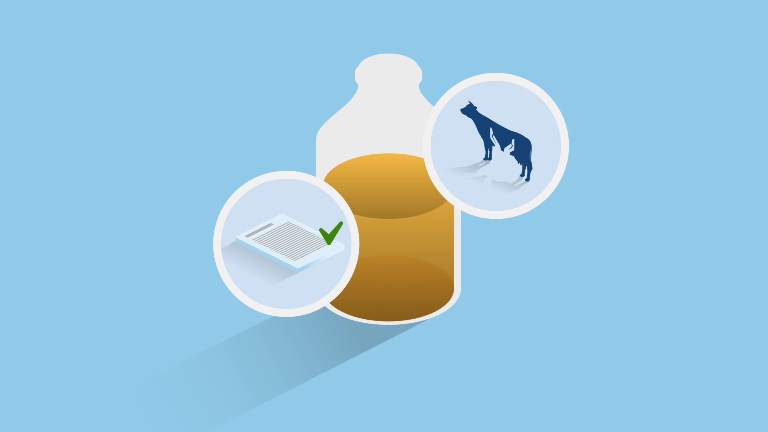 NCad have produced a short video on the issues related to the use of fetal calf serum.

As in vitro methods are increasingly used, there have been periods in which the demand for FCS outweighs the supply, resulting in high costs and fraudulent blending of FCS with adult bovine serum albumin, water and other cell growth promoting additives (4). There is also a move towards more relevant in vitro models based on human cells and tissues, for which FCS might be especially unsuitable.

I became aware of these issues after I left practical research to work at the Netherlands Centre for Alternatives to animal experiments. In 1996, my colleague Vera Boumans asked me to co-supervise a Master’s student, Carlo Jochems, who wanted to investigate how FCS was obtained. As part of his work, Carlo contacted a wide range of stakeholders, including embassies, relevant ministries, animal welfare organisations, universities, 3Rs-focused organisations, and of course those involved in the harvesting, supply and use of FCS.

This project was intended to take six months but eventually lasted 16 months and resulted in Carlo’s comprehensive thesis, “Use, trade and harvest of livestock sera”. In it, he discusses how FCS is harvested and traded; why and how it is used in in vitro cultures; ethical considerations such as possible suffering experienced by vertebrate foetuses when blood is collected; and the relevant legislation. Carlo built on the arguments put forward by Puck, providing evidence to support a more critical assessment of FCS and its use. Carlo proposed that the best solution would be to develop chemically-defined synthetic cell culture media. His thesis was published in a condensed form in 2002 in ATLA: “The use of foetal bovine serum: ethical or scientific problem?” (5).

This work helped make FCS and potential alternatives a key area of focus for the Centre. In 2003 we convened a workshop to discuss the possible suffering of the fetus during blood collection for FCS and recommendations for avoiding this. The workshop also identified several scientific issues related to the use of FCS, and shared successful examples of FCS-free media being developed (3). This led to the organisation of a second (6) and a third (7) workshop on opportunities to replace FCS, and eventually to the development of the FCS-Free Database.

As of July 2020, the FCS-Free Database describes alternative media that can be used for culturing 260 unique cell types. The database is regularly updated and shows both commercially available serum-free media and media formulations from literature. In addition to ample information on each medium, each record also gives the opportunity to comment on each formulation and suggest improvements. Furthermore, users can add information on missing media directly to the website, making it not only an information source for, but also by scientists.

While FCS is treated as having almost universal application, chemically-defined media are cell-type specific, meaning that for every cell type used a new medium needs to be developed. One significant challenge in developing chemically-defined media as alternatives to FCS is the sheer number of cell types in use – almost 120,000 according to the Cellosaurus database (as of July 2020). This is also a big challenge for the FCS-Free Database, but we have succeeded in bringing attention to this issue and creating an effective way for researchers to find and share information on alternatives.

To avoid the use of FCS in the short term when no defined medium is available, human platelet lysates (hPLs) could be considered as a supplement, particularly when working with human cells. hPLs are produced from expired donated human blood, contain many growth factors, and seem to have universal application. Still, as a biological product, they also differ from batch to batch (8).

The development of a defined medium for a specific cell type may seem a tedious exercise, but appropriate experimental design via the use of a design matrix can allow for multiple components to be varied within the same experiment. This not only shortens the development time, but also takes factor interactions into account (9). A crucial step that should not be ignored is the adaptation of cells to the new medium. Although its role is not fully understood – whether cells really adapt or sub-cloning occurs – it seems crucial for most cells to thrive in the new medium. 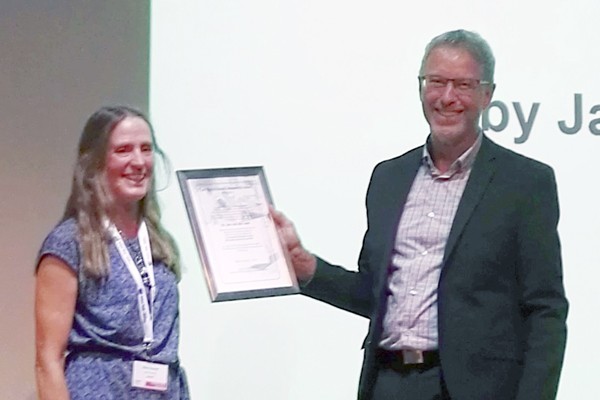 In 2019 Dr van der Valk was awarded the Björn Ekwall Memorial Award in recognition of his work on fetal calf serum.

The search for defined media is not new: it began in 1955 when Harry Eagle identified the crucial amino acids, vitamins, salt and glucose needed for effective cell culture (10), and has continued since. The subsequent widespread use of FCS and its relative success in in vitro research has likely slowed down research into serum-free alternatives considerably. It is now up to us to finish Eagle’s work and find new ways to do research, without relying on FCS – and the FCS-free Database is a key part of this vital work.