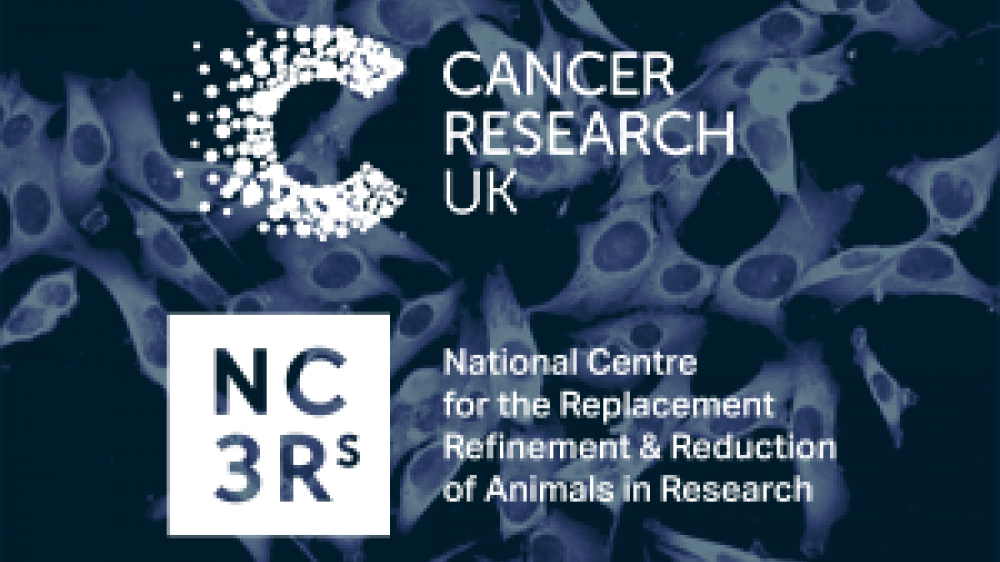 We have made eight awards totalling £585k in the 2019 Skills and Knowledge Transfer funding competition, which facilitates the exchange of models, tools or technologies with proven 3Rs potential between laboratories and institutions.

The scheme forms a key part of the NC3Rs strategy to tackle the 3Rs ‘valley of death’ which describes the lag between the initial development and further uptake of 3Rs approaches.

This year we have collaborated with Cancer Research UK (CRUK) to support researchers transferring 3Rs tools and approaches in the field of cancer research. We have awarded four grants under this joint call.

David Scott, Director of Discovery Research and Research Communications at CRUK, said: “CRUK are proud to support these awards, which aim to transfer innovative methods to implement the 3Rs principles in cancer research. We hope this will highlight our commitment to the 3Rs in the cancer research community.”

During his NC3Rs-funded PhD, Algernon Bloom developed an autosegmentation tool to allow better use of MRI for studying pancreatic cancer in genetically altered (GA) mice such as the KPC model.

MRI can reduce the number of mice from 12 to 8 in studies on treatment efficacy with orthotopic transplantation pancreatic cancer models. However, its use is limited in GA animals because tumour growth is typically slower and there is a gradual transformation, sometimes across the whole pancreas. This limitation is addressed by the autosegmentation tool and with the new award, Algernon will work with four UK centres studying pancreatic cancer in GA mice to enable the tool and associated expertise to be transferred.

John has previously developed with NC3Rs funding a liver tissue-on-a-chip device that has the potential to replace some animal use. The new award will allow John’s device to be transferred to Dr Rachel Eyre’s laboratory at the Manchester Cancer Research Centre.

Rachel, an expert in breast cancer, will further adapt the device to increase its utility by including the imaging and histological techniques available within her institute as well as using it to study metastasis of patient-derived cells to the liver. She estimates that adopting the tissue-on-a-chip device in her research will reduce the number of mice used in her laboratory from 76 to 3 annually. More broadly the reduction potential could be even higher with four other groups using mice in breast cancer studies expressing interest in having access to the device.

Two projects will adapt the use of a synthetic hydrogel biomaterial developed with NC3Rs funding by Dr Cathy Merry from the University of Nottingham. The hydrogel supports human breast extracellular matrix components that are key to cell behaviour, including differentiation and malignancy. Importantly, the hydrogel improves the utility and robustness of in vitro models by providing cells with a physiologically-relevant and chemically-defined microenvironment. It also avoids the use of animal-derived materials such as Matrigel which is obtained from mice.

The researchers will organise training workshops for members of two prominent European breast cancer networks (the European Network for Breast Development and Cancer and the EuroPDX Consortium) on how to adopt the hydrogel biomaterial in their research, and develop follow-on support via an online training package, including a guidance video.

This project will support the integration of the hydrogels into the PerfusionPal platform that enables continuous perfusion of organ cultures. The platform is currently used to test biologicals, small molecule drugs and antibody-drug conjugates, replacing the use of patient-derived xenograft mouse models. Animal-derived Matrigel is a critical element of the platform and the aim is to substitute this with the hydrogel.

Steve and James will transfer the Mymou system they have developed to three UK research institutes that use non-human primates (NHPs). The system – a wireless tablet attached to the animals’ home cage – enables automated training of macaques for cognitive tasks without having to move the monkeys to the laboratory or separating them from their cage mates. The macaques have control over when they do the training and the system allows them to select their preferred food or fluid reward on each trial. Once adopted by the other facilities, the Mymou system could improve the welfare of approximately 50 monkeys a year in the UK.

Paola will train two research groups in the UK and Italy to use EpCardio-TS, an NC3Rs-funded tissue slice model that uses ex vivo porcine heart tissue from abattoirs. The transfer to the other laboratories will replace the use of around 420 mice and rats a year in gene therapy research.

Two of the projects also fall within the scope of the NC3Rs 2019 highlight notice, which focuses on facilitating the use of non-mammalian model organisms for 3Rs purposes. These are:

Seven groups who work on lung diseases at King’s College London will test the applicability of research grade Galleria mellonella (wax moth) larvae in their work, including as a model for bacterial infection and antimicrobial resistance to replace the use of rodents in some drug studies, with the potential to save around 180 mice per pharmacodynamic study if successful.

The award is based on the success in other laboratories of using the wax moth larvae to replace the use of animals to test the toxicity of chemicals and understand host responses to infection.

Dr Alessio Vagnoni, King’s College London, £59,961 – A novel Drosophila platform to replace the use of mice and zebrafish for the study of ER-mitochondria interactions

Alessio, an NC3Rs David Sainsbury fellow, has demonstrated the utility of a Drosophila model to study the role of mitochondrial trafficking during neuronal ageing. Working with collaborators in the UK Alessio has shown that the fly model can replace some rodent studies. As part of the fellowship Alessio has also developed assays for assessing interactions between mitochondria and the endoplasmic reticulum in the fly wing sensory neuron. These interactions are often disrupted in neurodegenerative diseases and the current award will allow the assay to be transferred to a laboratory in Italy to replace the annual use of 50 zebrafish and 30 mice in studies of ageing and age-related disease.

More information about the Skills and Knowledge Transfer grant scheme can be found on our funding pages.