Galleria mellonella as a novel non-mammalian infection model for TB 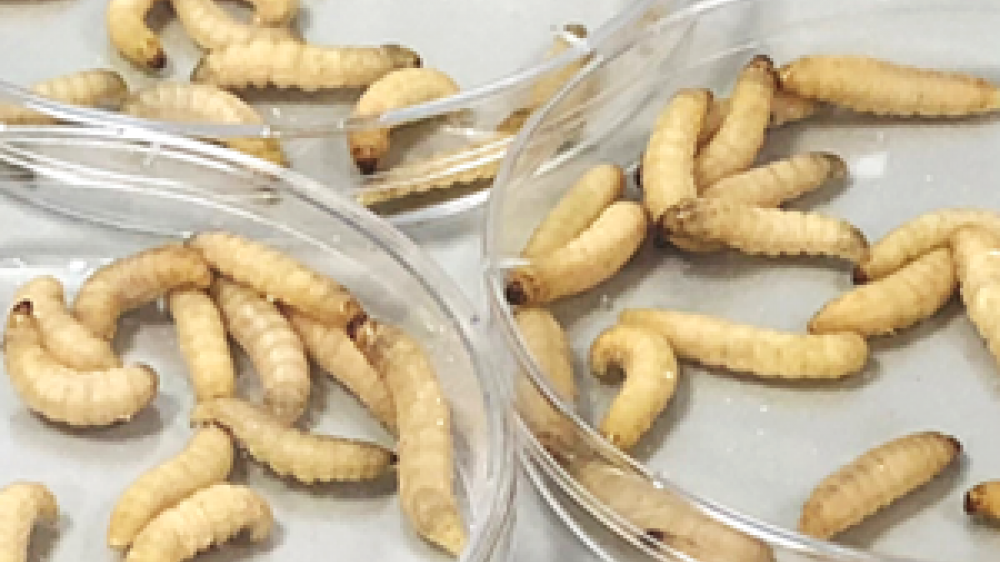 A pioneering study has shown that a simple invertebrate, larvae of the wax moth Galleria mellonella, can be used as a novel infection model for bacteria from the Mycobacterium tuberculosis complex.

The work, published in Virulence by researchers based in the UK and in Singapore, was partly funded by an NC3Rs PhD studentship.

Tuberculosis (TB) is a major health problem worldwide. Research into improved vaccines and new therapies depends largely on a range of mammalian species, but they all have limitations. For example, mice, the species most commonly used in TB research, do not mimic mycobacterial pathogenesis seen in humans as they do not normally form granulomas (cellular structures that provide a niche for mycobacteria to survive and are the hallmark of TB infection).

Galleria mellonella larvae have been increasingly used as a surrogate to study host-pathogen interactions in a range of bacterial pathogens, and as a rapid model to screen novel antimicrobial drug candidates. Although insects lack an acquired immune system, they do possess a complex innate immune system that, in the case of G. mellonella, has been shown to share a high degree of structural and functional similarity to vertebrates.

The team jointly led by Professor Paul Langford and Dr Sandra Newton from Imperial College London used a luminescent BCG vaccine bacteria strain to characterise the virulence in G. mellonella. They assessed the survival of the larvae in response to infection, and demonstrated growth of mycobacteria in the larvae over 14 days. Importantly, they also showed internalisation and aggregation of the bacteria in granuloma-like structures over time, suggesting that G. mellonella can be used to study granuloma formation.

The paper also describes several scientific and practical advantages of using G. mellonella, including wide availability of larvae from commercial suppliers, low cost, simple housing and easy maintenance at 37°C. The availability and increased uptake of this model also has the potential to replace a number of vertebrates used in some areas of TB research.

Our 2019 highlight notice will support the development of new and innovative applications of non-mammalian organisms such as G. mellonella, Drosophila and zebrafish embryos by forging partnerships between rodent and non-mammalian model organism users.

To launch the highlight notice we will be holding a free workshop on 4 September 2018 in Central London. To register by 7 August 2018, visit the event webpage.