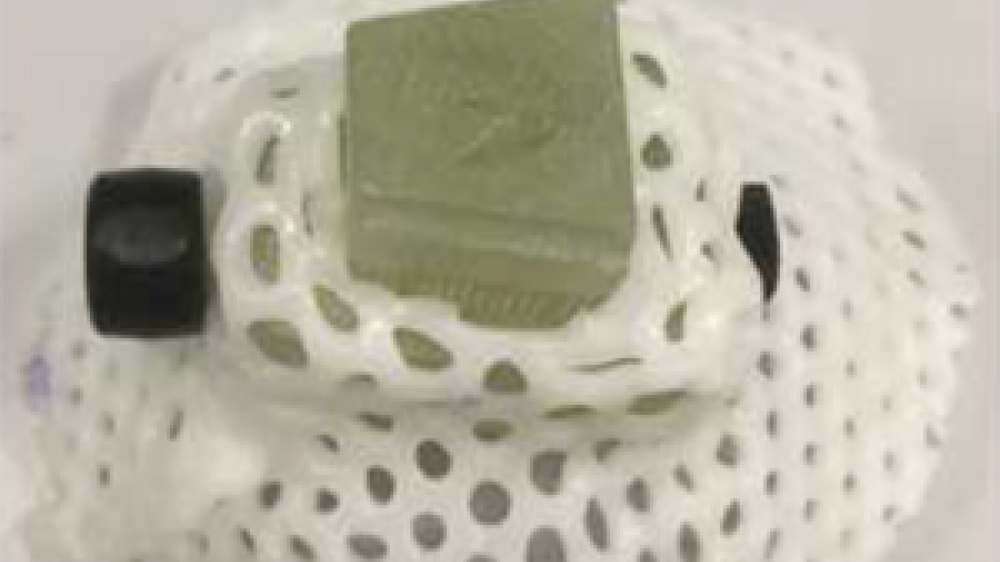 A new publication in the Journal of Neuroscience Methods presents a novel device developed to promote healing of the wound margin in macaques with cranial implants.

Neuroscience studies with macaque monkeys can require the animals to be fitted with cranial implants to stabilise the head or gain access to the brain for scientific purposes (e.g. electrophysiological recordings). Wound management that promotes healing after the cranial implant surgery in non-human primates can be difficult as it is not always possible to cover the wound margins and infection can occur. The monkeys frequently pick at the sutured skin margins around the implant, complicating healing.

Technical and research staff from the University of Oxford and Newcastle University collaborated to develop an easily modifiable head cap to protect the sutured skin margins after surgery. The user-friendly cap, made from Klarity- R™ plastic sheeting, is affixed to the implant post-surgery and can accommodate a variety of different implant types and head posts. Once secured, and while the monkey is still anaesthetised, the sheeting is moulded around the implant. The protective cap restricts the monkey’s fingers from accessing the wound margins while allowing air to circulate to promote wound healing. 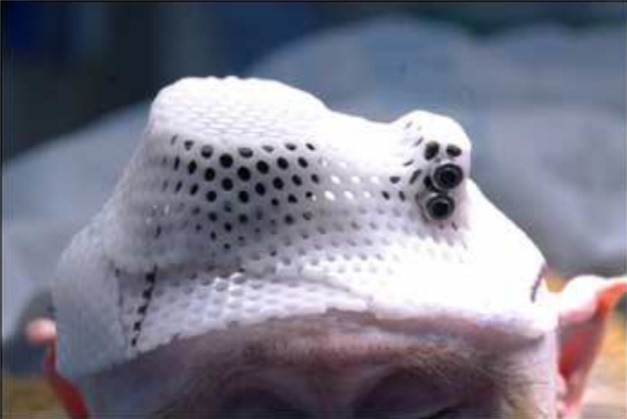 Comparing across the two UK facilities, 22 monkeys and 29 cranial implant procedures, use of the head cap reduced wound dehiscence (opening) and the need to re-suture surgical wounds. Re-suturing was necessary in 30% of cases in which monkeys did not wear the head cap, but none of those in which they did. Monkeys wearing the head cap also had reduced numbers of days where antibiotics and analgesia were prescribed. The head cap is now being used routinely in several laboratories in the UK, EU and USA.

Stuart Mason, Research Assistant and primate trainer at the University of Oxford, was recognised for his input into the development of this refinement, receiving the 2019 IAT Andrew Blake Tribute Award (sponsored by the UK’s pharmaceutical industry trade association, the ABPI).