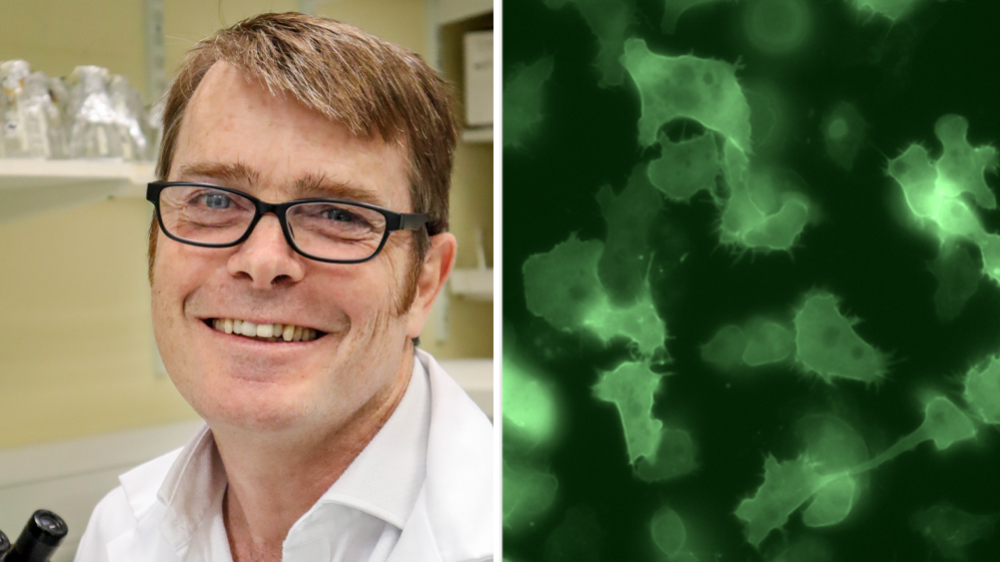 A new and improved dietary treatment for drug-resistant epilepsy has recently been approved for use in patients, and it all started with a 3Rs method developed by molecular cell biologist Professor Robin SB Williams (Royal Holloway University of London).

We caught up with Robin to learn more about this success and how it began with an NC3Rs Project grant in 2009.

The challenges of treating epilepsy

Despite epilepsy being the most common serious neurological disorder, related treatments have not evolved far from their beginnings in the early 20th century. Around 30% of patients are resistant to treatment. One option for these patients is a strict high-fat, low-carbohydrate ketogenic diet, but this can be difficult in practice and patients require regular meetings with healthcare providers.

Imagine eating a full English breakfast, minus the toast and beans, and adding mayonnaise. Patients need to eat this meal two times a day, for the rest of their life.

Issues can arise even when a patient’s epilepsy does respond to treatment. Valproate or valproic acid is one of the most effective treatments currently available, but in 2018 it was restricted for use in women of childbearing age due to the increased risk of birth defects. For this large demographic, the holy grail would be a treatment that works the same way as valproic acid, without the associated safety concerns. As a result, much research has focused on unpicking the mechanisms behind valproic acid’s success and discovering drugs that target similar pathways.

Because epilepsy is a brain disorder, research tends to rely on the use of animal brains through either brain slice cultures or in vivo studies. Thousands of rodents are used for this work every year worldwide and the procedures used to induce and monitor seizures can cause pain, suffering and distress. The question arises: how can scientists reduce or avoid the use of such procedures while still answering valuable research questions?

Sometimes, answers to these questions come from the most unlikely of places. Dictyostelium is a soil-dwelling amoeba that aggregates as part of its lifecycle to form a multicellular fruiting body. It can be grown relatively easily in the lab and shares many genes with humans. The various stages of its lifecycle are amenable to studying many aspects of cells, including genetic and molecular processes.

I began working with Dictyostelium during a postdoc in London. We used the amoeba to understand how lithium worked as a treatment in bipolar patients. We found and published the mechanism, which enabled other drugs to be designed targeting similar pathways. After I finished the postdoc, I began working with Dictyostelium to achieve something similar with valproic acid and epilepsy.

In 2009, Robin collaborated with Professor Matthew Walker, a clinician who saw first-hand the challenges patients with drug-resistant epilepsy faced, to then be awarded a Project grant from the NC3Rs to further develop Dictyostelium as a drug screening tool. Having precisely defined the mechanism of action of valproic acid, through chemotaxis assays and radiolabelling phospholipids, they screened over 100 compounds for a similar effect using Dictyostelium. As part of the screening process, Robin and Matthew rejected compounds that inhibited proteins necessary for embryo development, histone deacetylases, which were likely to cause birth defects. This identified several compounds that inhibited the identified signalling pathway more potently than valproic acid, which was confirmed using ex vivo rat brain slices.

Based on the estimates that are typically required, Robin and Matthew estimate that screening initially in Dictyostelium, avoided the use of over 4,500 animals in screening studies, representing a 98% reduction. A small number of animals were used to validate the compounds identified in the Dictyostelium screens in models of different types of epilepsy, including generalised, focal and absence seizures. These studies were performed to build confidence in the utility of Dictyostelium as a model system and its ability to predict what would normally be studied in animals, helping to convince other researchers of the relevance of the results.

Collaboration is essential, particularly collaboration with someone in the field that you’re looking to develop a 3Rs method for. If you’re trying to design a car, you don’t sit in the garage and draw a new car, you bring in an expert and draw the car together. Without this knowledge, expertise and advice, it’s difficult to know what you need to be able to validate your discoveries in that research field.

From academia to industry to the clinic

One of the successful compounds identified in the Dictyostelium screen, decanoic acid, was already present in the ketogenic diet, but it was generally thought that the diet helped patients because of the ketones produced, not the fatty acids consumed. Having patented the use of decanoic acid to treat epilepsy, Robin and Matthew began a collaboration with Vitaflo a nutritional product company, who funded two PhD Studentships in his lab to find more evidence. These projects again used Dictyostelium and other 3Rs models to establish the mechanism for how decanoic acid impacted seizures. One important breakthrough in these studies was the discovery that decanoic acid blocks the activity of AMPA receptors, the main excitatory receptors in the human brain, but it is unlikely to cause the same side effects as valproic acid in women of childbearing age.

Continuing the collaboration with Vitaflo, Robin and colleagues developed K.Vita, a dietary supplement with increased levels of decanoic acid. Importantly, the new diet requires far less restrictions than the ketogenic diet, with patients only needing to avoid highly refined or sugary foods and drinks such as breakfast cereal or orange juice. This in turn relieves pressure on health services. K.Vita has been through clinical trials and approved for medical use through the UK Advisory Committee on Borderline Substances, which advises on the prescribing of nutritional and dermatological products for use in NHS primary care.

It can be difficult to challenge the status quo, but generally people are very welcoming. It’s been great to talk at meetings and sow seeds of thought before following up with publications.

Robin and Matthew are now developing compounds related to decanoic acid that can remove the need for specialised diets entirely. These compounds were initially identified in Dictyostelium, and may provide a new generation of epilepsy treatments that are safer for everyone in society. 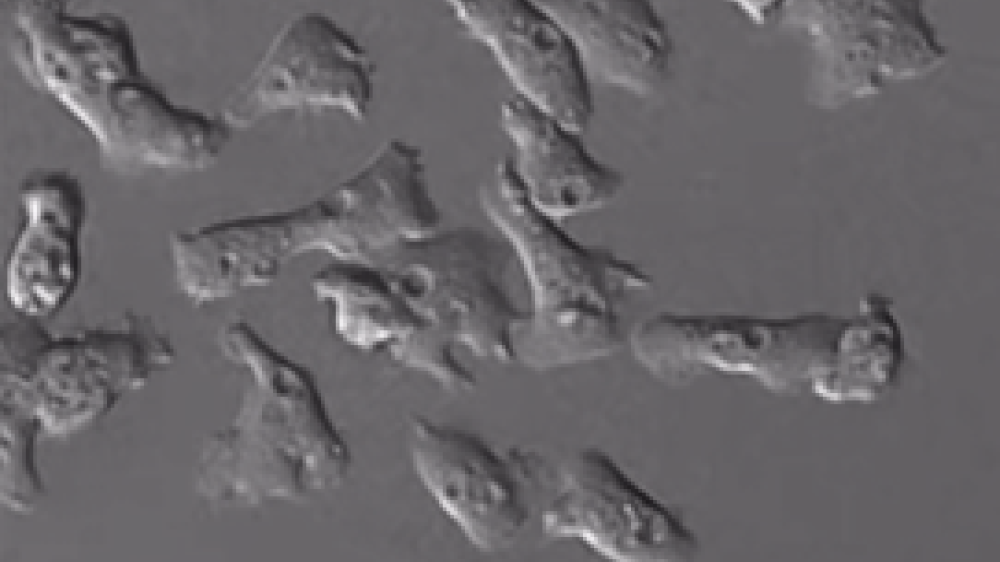 Receive monthly updates on our funding schemes and their outputs, as well as other NC3Rs projects, in your inbox. 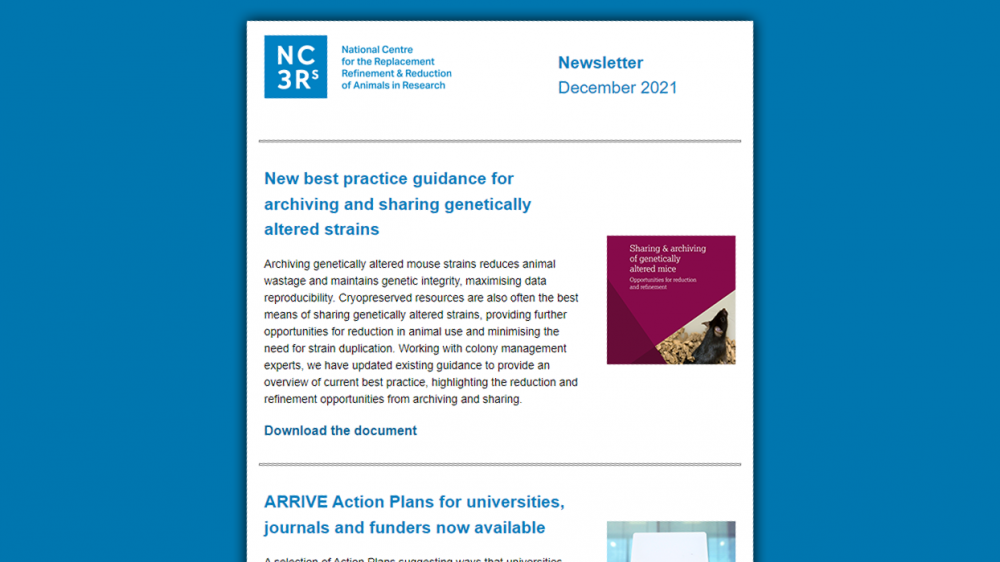