Reducing the use of male Xenopus frogs 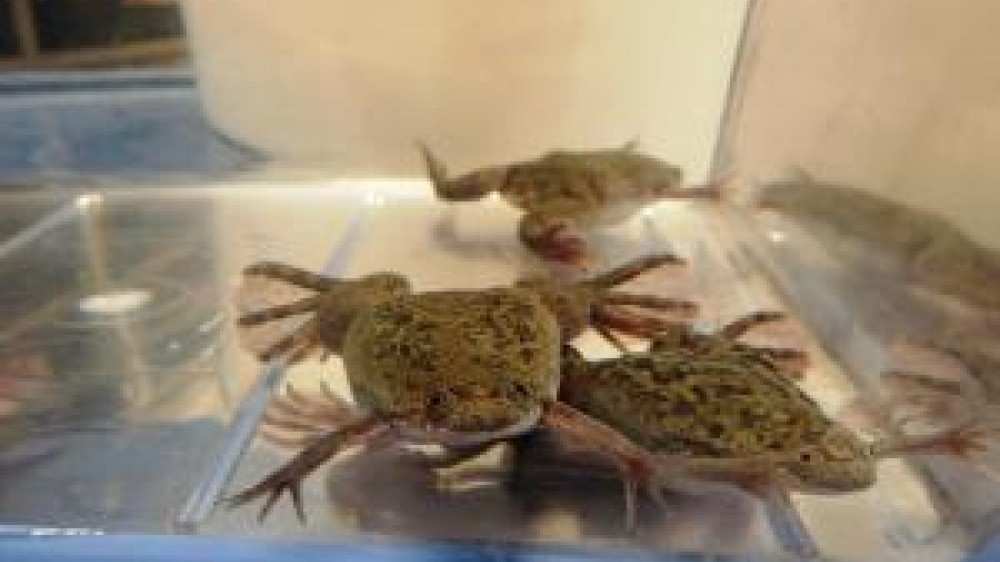 Researchers at University of Portsmouth have optimised a robust sperm preservation method that will reduce the number of frogs used in research.

The work, recently published in Theriogenology, comes from Portsmouth’s European Xenopus Resource Centre (EXRC), which is supported by an NC3Rs infrastructure grant.

Transporting live frogs can cause significant stress to the animals. To tackle this challenge, researchers at the EXRC have improved a method of preserving Xenopus sperm, which can then be transported and used for breeding instead of live males.

Importantly, the team led by Professor Matthew Guille has also shown that dividing the sperm into more aliquots (eight or more per testis instead of the commonly used four) has little difference on sperm viability or subsequent development. This means that sperm from each male can be preserved by freezing and subsequently used in eight or more experiments, offering an opportunity to significantly reduce the number of male Xenopus frogs used in research.

The researchers are now planning to identify the most effective methods for sperm distribution to other laboratories. The detailed sperm preservation protocol will be made available and continuously updated on the EXRC and other centre’s websites.