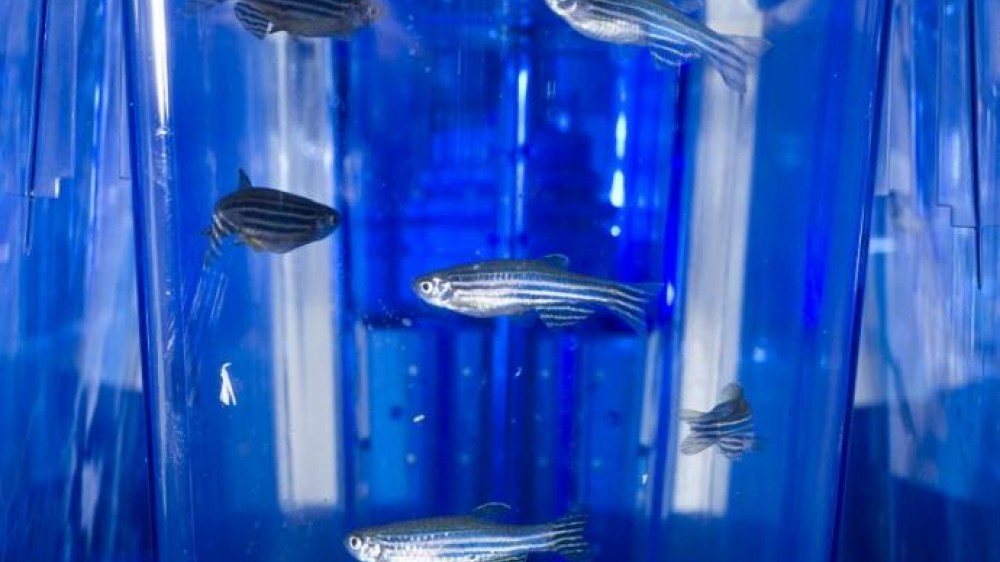 New research published in Scientific Reports demonstrates that skin swabbing provides a less invasive method of DNA collection from small laboratory fish than the commonly used method of fin clipping, with the potential to have a wide impact upon fish health and welfare.

This study was funded by an NC3Rs Project grant awarded to Dr William Norton at the University of Leicester and Professor Iain Barber of Nottingham Trent University, which aimed to assess skin swabbing as a refinement for DNA sampling of zebrafish and sticklebacks.

The use of fish in research has been rising over recent years in the UK and internationally with their increased use in developmental biology, disease modelling and toxicology. At the same time, there is increasing awareness that fish are capable of experiencing pain and stress as a result of invasive procedures. This has led to a growing interest in fish welfare and efforts to refine procedures.

A recent survey conducted by the NC3Rs showed that 85% of the 89 zebrafish facilities that responded worldwide use fin clipping, in order to collect a tissue biopsy for DNA sampling from live animals. Although normally performed under immersion anaesthesia, it can negatively affect fish welfare by causing pain and stress, increasing the risk of infection, and altering physiology, locomotion or behaviour.

An alternative to fin clipping is skin swabbing, a potentially less invasive method that does not require anaesthesia or the removal of a tissue sample. During skin swabbing, the mucus layer of the fish’s skin is collected by gently stroking a sterile rayon-tipped swab along the flank (from the operculum to the caudal fin), taking care to apply very little pressure and avoid the activation of nociceptors, and to minimise air exposure. Skin swabbing has previously been validated for DNA yield and PCR amplification, with no evidence of cross-contamination for fish housed and netted together. However, its impact on animal welfare had not been fully investigated.

In the study, skin swabbing and fin clipping were compared against a range of markers for fish health and welfare, including cortisol levels, changes in gene expression, body length and weight, as well as fish performance in behavioural tests (open field, novel tank, black-white preference test). The new evidence shows that although both techniques alter fish behaviour and the stress axis response compared to unmanipulated fish, skin swabbing overall had less impact than fin clipping. Cortisol release into the water, an early indicator of stress, was only significantly increased following fin clipping. The expression of the genes corticotropin-releasing hormone a (crha) and b (crhb), which stimulate the release of cortisol, was also altered; crha expression increased following fin clipping, while crhb expression decreased following skin swabbing.

The research team also observed that, for most health and welfare markers fin clipping led to greater variation in experimental data compared to swabbed and control animals, both in zebrafish and sticklebacks. The authors suggest that switching to skin swabbing not only benefits fish welfare but may also improve the reliability and repeatability of the data collected, which can in turn permit the use of smaller sample sizes in experimental studies.

With an estimated 20,000 DNA sampling procedures occurring annually in the UK and over 1 million worldwide, this new data supporting skin swabbing as a refined DNA collection method could have a significant welfare impact in fish research. The NC3Rs is now working with the team to develop a resource on how to perform skin swabbing to help uptake more widely.