Rising to the latest technology challenges in animal research 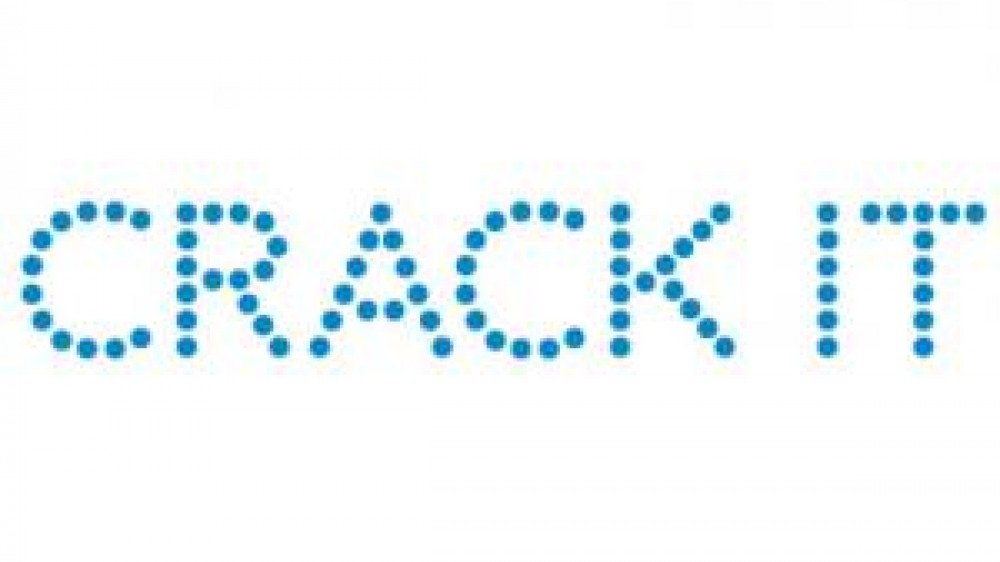 Seventeen R&D consortia have been awarded up to £100,000 each in a bid to solve five of the pharmaceutical industry's biggest drug discovery and development challenges, where the replacement, reduction and refinement of animals in research (the 3Rs) is the ultimate goal.

The CRACK IT Challenges programme, led by the UK's National Centre for the Replacement, Refinement and Reduction of Animals in Research (NC3Rs), is an open innovation platform set up in 2011 to solve scientific and business problems with a 3Rs theme.

The latest round of preclinical challenges, identified with companies such as GlaxoSmithKline, Pfizer and Roche, focus on the development of new non-animal drug safety assays, a virtual infectious disease research platform and an approach to reduce animal use in the development of chronic inflammatory disease treatments.

In one challenge, the NC3Rs has partnered with the UK's leading dementia research charity, Alzheimer's Research UK, to reduce by many thousands the number of transgenic mice used per year in an area of Alzheimer's disease research that centres on tau a protein in the brain involved in causing the disease when it accumulates and tangles.

Four UK research groups will compete on the first phase of development of a physiologically relevant human stem cell-derived neuronal assay. Its use in early drug development to replace animals would help identify the efficacy of potential new compounds targeting the tau protein, and show any unexpected pharmacological effects.

Dr Eric Karran, Director of Research at Alzheimer's Research UK, said: "We are delighted to be supporting this CRACK IT Challenge, and look forward to seeing the early results from our Phase 1 finalists in a few months' time. The tau protein is known to be involved in several neurodegenerative diseases, including Alzheimer's disease and frontotemporal dementia. We hope that compounds to target this protein could hold potential to treat these diseases, but in order to develop such a compound it's crucial to have robust test systems with which to measure the effects of potential drugs accurately. The task these researchers are taking on is not an easy one, but this work could have important implications for the development of much-needed new treatments for these diseases."

CRACK IT's staggered funding approach enables applicants to look at higher-risk, more innovative technologies. Phase 1 finalists will have six months to develop the most successful proof-of-concepts for each of the five preclinical challenges, with the most successful group winning a three-year contract per challenge of up to £1m for further development and validation. The approach is intended to improve the chances of viable products emerging onto the market from the programme.

Stephen Browning, Head of SBRI & SMART at the Technology Strategy Board, said: "It's great to see the NC3Rs expanding the use of SBRI as part of the CRACK IT programme to enable SME's and start-ups coming from universities to develop new and innovative technology solutions to reduce the need for animals in research and testing."

Dr Vicky Robinson, Chief Executive at the NC3Rs, said: "In many cases drug-induced toxicity results in a significant number of new drugs failing before they reach the market place; often this is not identified until animal studies have taken place. By developing more predictive technologies and approaches for use in the earliest stages of drug development, industry scientists will be better equipped to identify whether a new drug is suitable for later-stage testing in animal studies and humans. This is not only more cost-effective, but has the potential to significantly reduce the number of animals needed overall."

More information about can be found at www.crackit.org.uk/crack/2013/2013_challenges

Control of infectious diseases remains a key priority in human and veterinary medicine with many different species used to study infection. Animal use in a typical rodent study to test the efficacy of new antibiotics or vaccines can typically require approximately 100 animals per drug candidate, and in some cases can cause animals significant suffering. This Challenge focusses on developing a virtual platform to model infection and the host response in an individual animal to accelerate the development of treatments to infectious disease. Use of large datasets and computational tools to study disease biology and predict efficacy would therefore reduce the number of animals used. Sponsored by the NC3Rs. Phase 1 contracts awarded to:

Drug-induced organ toxicity accounts for 30% of all drugs that fail prior to reaching the market. Within this, nephrotoxicity accounts for 2% of failures in the preclinical stages and 19% of all failures in Phase III. A typical investigative animal study to assess nephrotoxicity would use at least 26 rodents (substantially more if both sexes were used). New in vitro technologies to replace the need for animal use in toxicity testing could significantly reduce these numbers. The aim of this Challenge is to develop a multi-compartmental, microfluidic tissue assay that models the renal tubular injury observed in nephrotoxicity. The assay will mimic the 3D architecture of the kidney tubules with microfluidics and chip arrays, and reproduce the tubular response to known nephrotoxicants. In addition, using predictive human systems in preclinical toxicology testing has the potential to reduce drug attrition. Sponsored by GlaxoSmithKline, Pfizer and Roche. Phase 1 contracts awarded to:

Chronic inflammatory diseases of the airways, such as asthma and chronic obstructive pulmonary disease, remain areas of considerable unmet medical need. Few new drugs have made it to the clinic during the past 50 years, with many that perform well in preclinical animal studies failing in humans due to lack of safety and/or efficacy. This Challenge aims to enable the longitudinal and non-invasive assessment of inflammation associated with drug toxicity in the same animal, rather than using multiple animals, to reduce animal use by up to 90% at certain stages of drug discovery and development. Data obtained would therefore be more reliable and less variable and would lead to earlier go/no-go decisions on a drug candidate that may otherwise fail later in development after further animal tests had taken place. Sponsored by Huntingdon Life Sciences, Pfizer and GlaxoSmithKline. Phase 1 contracts awarded to:

A drug's off-target effects on the cardiovascular system are one of the most common causes of attrition in both nonclinical and clinical settings. Important classes of drugs, such as the anti-cancer tyrosine kinase inhibitors, face particular safety challenges in this area, with dogs and mice typically used for their safety assessment. While there is currently no human cell-derived in vitro approach available for cardiotoxicity studies, assays using iPS cell-derived cardiomyocytes have shown promise. Using these cells, this Challenge aims to generate a physiologically-relevant 3D in vitro model to replace the use of animals in these studies and reduce the number of animals required to assess the mechanism of action of drug-induced effects. Once validated, such a platform could be used widely to screen drug compounds and provide earlier go/no-go decisions on the further testing of drug candidates that would otherwise fail in later development. Sponsored by GlaxoSmithKline. Phase 1 contacts awarded to:

One of the most active areas of Alzheimer's disease research centres on the tau protein, which forms neurofibrillary tangles a classic marker of this disease. A growing body of evidence also implicates tau dysfunction in the onset of other neurodegenerative disorders. Study of tau pathology often requires thousands of animals, is time consuming and expensive with outputs that often do not translate into humans. This Challenge aims to develop a physiologically relevant human stem cell-derived neuronal assay to predict the efficacy and unexpected pharmacological effects of new compounds targeting tau in Alzheimer's disease. Its wide uptake would have the potential to reduce the number of transgenic mice used per year in large pharmaceutical companies, many of which are used for breeding. Sponsored by Alzheimer's Research UK, Lilly and Janssen. Phase 1 contracts awarded to:

The National Centre for the Replacement, Refinement and Reduction of Animals in Research (NC3Rs) leads the discovery and application of new technologies and approaches to minimise the use of animals and improve animal welfare (the 3Rs). It funds research, supports training and development, and stimulates change in regulations and practice. Primarily funded by Government, the NC3Rs is also supported by the charitable and private sectors. It works with scientists in universities and industry in the UK and internationally.

About CRACK IT Challenges

CRACK IT Challenges is a collaborative funding competition from the NC3Rs designed to address scientific or business needs with a 3Rs theme by connecting industrial, academic and small and medium-sized enterprise (SME) sectors. The focus is on developing marketing products or processes. Challenges are posed by sponsors and are put to the scientific community for solving. Funding is provided by the NC3Rs with sponsors committing co-funding and /or in-kind contributions such as access to compounds and equipment. Awards take the form of milestone-driven contracts rather than grants. www.crackit.org.uk

About the Technology Strategy Board

The Technology Strategy Board is the UK's innovation agency. Its goal is to accelerate economic growth by stimulating and supporting business-led innovation. Sponsored by the Department for Business, Innovation and Skills (BIS), the Technology Strategy Board brings together business, research and the public sector, supporting and accelerating the development of innovative products and services to meet market needs, tackle major societal challenges and help build the future economy. For more information please visit www.innovateuk.org.

The SBRI programme uses the power of government procurement to drive innovation. It provides opportunities for innovative companies to engage with the public sector to solve specific problems. Competitions for new technologies and ideas are run on specific topics and aim to engage a broad range of organisations. SBRI enables the public sector to engage with industry during the early stages of development, supporting projects through the stages of feasibility and prototyping. http://www.innovateuk.org/deliveringinnovation/smallbusinessresearchinitiative.ashx.