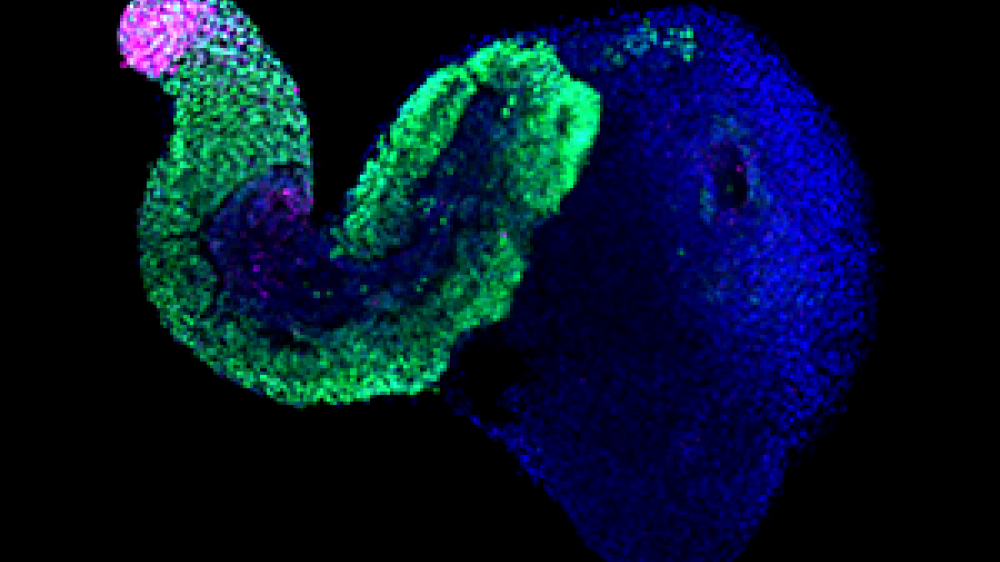 Researchers from the University of Cambridge, the University of Geneva and the Federal Institute of Technology Lausanne (EPFL) have developed a 3D embryonic stem cell culture system capable of self-organising into the three major axes of the body.

This work, partially funded by a David Sainsbury Fellowship awarded to Dr David Turner, University of Cambridge, has the potential to replace the use of mice to study the early development of the mammalian embryo.

Here David explains more about the ‘gastruloid’ cell culture system and the development of left-right asymmetry, the focus of his Fellowship.

During embryogenesis, gene regulatory networks drive formation of the three axes, which govern the positioning of tissue and organs. In this study, published in Nature, aggregates of approximately 300 mouse embryonic stem cells activate the same gene networks seen in a developing embryo and undergo patterning events such as polarised gene expression, axial elongation and gastrulation similar to that seen in a six to ten-day-old embryo.

In this video, David describes the group’s findings in their publication.

Gastruloids could offer an alternative replacement technique for genetically modified (GM) mouse embryos in the study of embryogenesis. The stem cells can be directly manipulated removing the need for breeding GM mouse lines in addition to avoiding the need to kill pregnant mice for embryo collection.

Watch David describe the future of gastruloids and the potential they have in scientific research and in the 3Rs.

Read the University of Cambridge’s press release on this paper on their website.