Using microsampling to further refine a mouse model of thrombosis 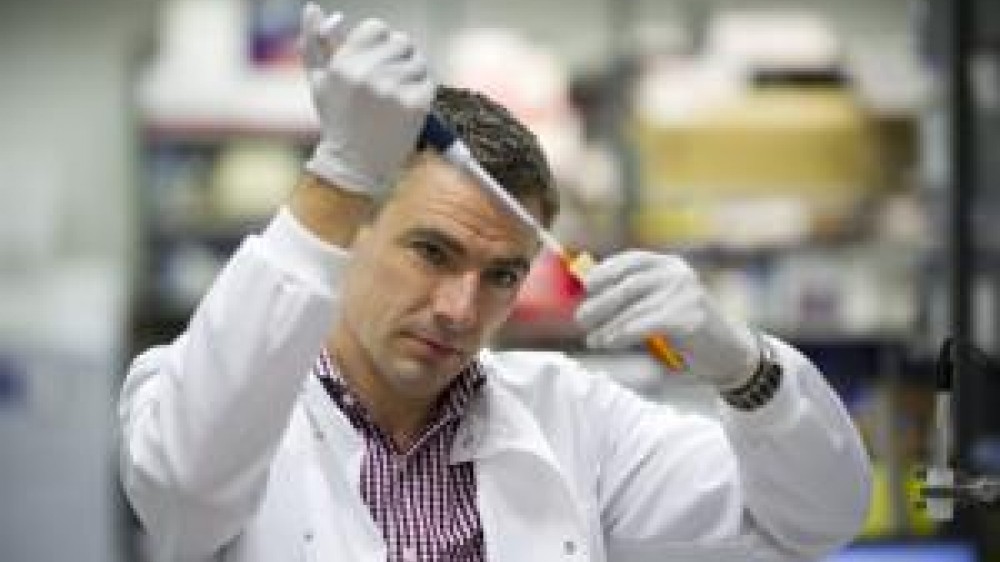 Previous research by Dr Mike Emerson at Imperial College London, funded by the NC3Rs, has developed a refined mouse model for studying thrombosis.

Mice are anesthetised prior to stimulation with clotting agents such as thrombin or collagen, and radiolabelled platelets are tracked in real-time, instead of the standard approach of studying clot formation in conscious mice using death as an end-point (with its associated pain and suffering).

The refined model has scientific benefits and in addition to reducing the severity level of the procedures, reduces the number of animals used per study from 200 to 30 mice. Despite this there has been relatively low uptake of the refined model and the mortality model continues to be reported in the scientific literature from a range of labs worldwide.

By contacting the users of the mortality model, Mike was able to establish that a major barrier to the uptake of his refined mouse model was the use of radiolabelled isotopes and the need for specialist imaging equipment to track platelets. With further funding from the NC3Rs in 2014, Mike has now developed a simple new approach based on the demonstration that a fall in circulating platelets during thromboembolism can be measured in microsamples of blood (2 µl) and that the fall is associated with the accumulation of platelets in the pulmonary vasculature. The number of circulating platelets can be tracked longitudinally by taking multiple microsamples of blood from the tail vein of anaesthetised mice, obviating the absolute need for radioisotopes or the use of the mortality model and further reducing the number of animals required per study to 15.

The new approach has been correlated with data obtained from real-time monitoring using radiolabelled platelets and validated with the standard anti-thrombotic drug, aspirin (see image, adapted from Rauzi et al. 2017). 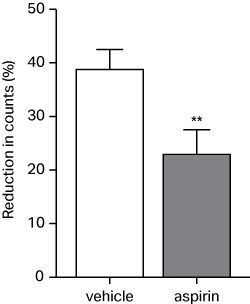 The findings have been published in Thrombosis and Haemostasis.

Through NC3Rs funding two new refined approaches for studying thromboembolism have been developed which use terminally anaesthetised rather than conscious mice. The first with radiolabelled isotopes allows detailed real-time monitoring of platelet accumulation, and the second provides an opportunity to assess platelet aggregation without requiring specialist expertise or facilities. Both can be used to assess the effects of genetic or pharmacological manipulation with effects being directly attributed to platelets rather than the less specific endpoint of death or paralysis that is used in mortality studies.