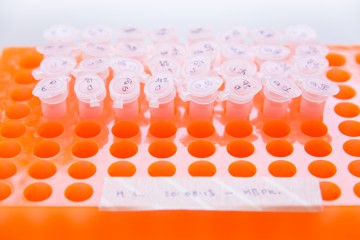 I have previously established and characterised the use of Galleria mellonella (GM) as an infection model for Mycobacterium tuberculosis (MTB). The GM-MTB model develops granuloma-like structures, a hallmark of human tuberculosis. Preliminary data has shown that MTB induces GM haemocytes to form such structures, but it is unknown which of the six sub-types are required for their formation or maintenance. I hypothesise that a select sub-types are required for both. However, as a model in its infancy, further structural and functional innate immune analysis of GM is hindered by the lack of reagents. Transcriptomes from naïve and MTB-infected GM haemocytes will also be generated in this Fellowship, from which genes whose expression distinguishes each of the six GM haemocyte sub-types will be identified. I plan to synthesis RNA probes for genes of interest and through fluorescence in situ hybridisation (FISH) determine, for the first time, the cellular composition of the granuloma-like structures both in in vivo and ex vivo GM-MTB infection models. The generated transcriptomes will also be used to comprehensively compare GM and human MTB transcriptomes, which is urgently needed to encourage further uptake of the GM-MTB model. The transcriptome data will be used to identify innate immune effector inhibitory targets for functional gene knockdown assays using RNA interference. This will enable genes of interest, important for granuloma formation and maintenance, to be identified and validated. Reagents (RNA probes and inhibitors) and resources (GM haemocyte transcriptomes) generated will be of significant value to the wider GM community, and will be made publicly available, facilitating uptake of not only GM-MTB but also other GM based infection models.