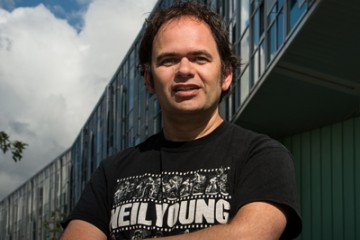 The last few years have seen a worrying increase in the number of mice used in research; in the United Kingdom Home Office figures for 2008 showed an increase of 197,000 (9%) in the number of mice used over the previous year. It is widely believed this is the result of new technical possibilities with genetically modified mice (overexpression models, reporters, conventional and conditional knockouts). An important factor in the increase in mouse numbers is the complex genetic experiments in which several different alleles are combined in the same animal. Because of Mendelian inheritance and limitations on possible breeding schemes due to lethal combinations, these experiments generate many animals of undesired, though still mutant, genotypes. Recent developments in the generation of fully embryonic stem cell (ES)-derived (F0) animals gives the possibility of combining alleles in ES cells to be phenotyped in experimental F0 animals without additional breeding instead of generating single allele animals which need to be combined via breeding to generate experimental animals. The proposed project will generate and test new ES tools to efficiently collect all different types of alleles (gain-of-function, loss-of-function, reporters, recombinase expression) in F0-competent ES cells. It will optimise the protocols to generate F0 animals and demonstrate how modern imaging techniques can further reduce the number of animals needed to obtain statistically significant data, in the proof-of-principle experiments using time-lapse imaging of kidney organ culture. All tools (vectors, ES cells and mice where relevant) and detailed protocols will be made available to the wider scientific community. The resulting system can greatly reduce the number of genetically modified mice generated (but not used) in complex genetic experiments; in the proof of principle experiments we believe we can obtain the same output as using conventional breeding methods with a 90% reduction in mouse numbers.
https://www.ncbi.nlm.nih.gov/pmc/articles/PMC3776198/