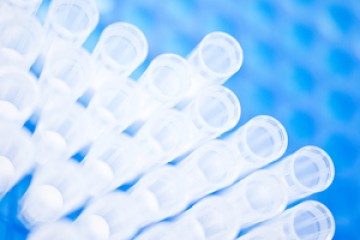 Platelets are key to haemostasis, a process that stops and prevents bleeding, however if platelets are inappropriately activated they can also contribute to thrombosis and cardiovascular disease. To understand signalling pathways involved in clot formation and the role of specific proteins, typically the protein function would be interrupted, either by reducing or removing the protein from the cell via genome editing. Platelets can readily be obtained from human blood however platelets lack a nucleus, which means in vitro genome editing techniques commonly used to study other cell types cannot be used. Platelet research is therefore heavily reliant on animals, particularly genetically modified mice to provide platelets for protein function studies. Mice are then terminally bled under anaesthesia to isolate and purify platelets for experiments. Professor Ingeborg Hers estimates her group use up to 1,200 mice per year to obtain platelets.

The student will expand on a pilot study using PROTACs to knockout specific platelet proteins. PROTACs regulate protein function by targeting them for degradation by proteasomes. During an industrial placement, the student will learn how to design and generate PROTACs before optimising their use in human platelets. They will then analyse the function of proteins of interest and their impact in relevant signalling pathways. The student will develop skills in enzyme assays, protein expression and purification, and cell culture techniques.

Platelets are small cells in the blood that are that play an important role in stopping a bleeding but when inappropriately activated also contribute to thrombosis and cardiovascular disease. One of the complications with studying how platelets maintain normal haemostatic control and/or promote thrombosis is that they lack a nucleus thereby prohibiting genetic approaches to reduce protein levels. Most of our present knowledge therefore derives from genetic mouse models and pharmacological targeting of signaling pathways, each having its own drawbacks associated with species differences and pharmacological non-specificity.

Here we propose to optimise a protein degradation approach in human platelets using rationally designed small molecule degraders called PROTACs (PROteolysis TArgeting Chimeras) to investigate signaling pathways involved in their haemostatic and thrombotic function. PROTACs are small heterobifunctional molecules that target proteins for ubiquitination leading to proteasomal degradation. We recently made the discovery by proteomic analysis that a generic tyrosine kinase PROTAC leads to potent and specific degradation of BTK kinase within hours, demonstrating that human platelets have the complete proteasome required for degradation. These are exciting findings as it is the first time that a human platelet ‘knockout’ has been generated. In this proposal, we will expand these observations and design, generate and optimize PROTACs against BTK kinase in order to develop a highly efficient technology to study signaling pathways in human platelets. We anticipate that the use and optimalisation of PROTACs will be transformative to the platelet
research community and significantly reduce the use of genetic mouse models.

In our own grouping, the Bristol Platelet Group, we estimate that the PROTAC approach can potentially replace ~70% of our genetic mouse work. At the moment we breed 25 different colonies at an average colony size of 30 mice to generate 4 experimental pairs per month, an annual usage of 1200 mice per annum. Reducing this by 70% would replace 840 mice annually using PROTAC approaches. Considering the number of platelet papers published worldwide using multiple genetic knockout mouse models (~3,500 in last 20 years), and the estimation that each paper on average uses at least 250 mice (including generation and breeding), the number of mice is in the range of >44,000 per year. If we estimate that 20% of these could be replaced by PROTAC-mediated degradation in human platelets, >8800 mice could be replaced annually.