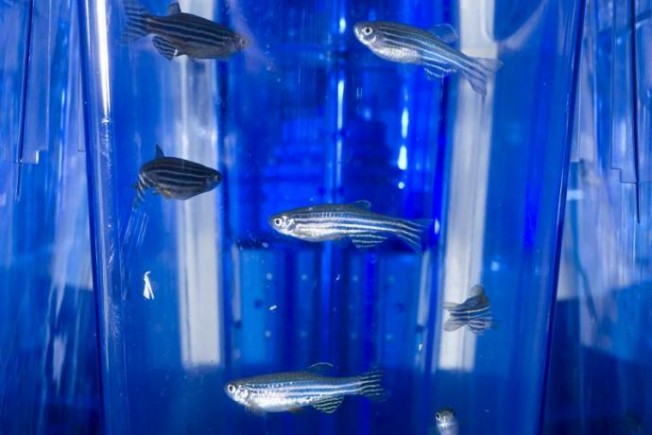 Animals are used in scientific research to model what happens in the human body.

Sometimes the research is curiosity-driven, for example, looking at what a particular cell or protein in the human body does, without looking to develop a treatment for any disease that may be linked to it. Most animal research is carried out in universities, but pharmaceutical companies also use animals to test how safe a potential new medicine is before giving it to patients.

How are genetically altered animals used?

Many studies focus on understanding what goes wrong in the human body to cause diseases such as dementia or cancer. Scientists can alter the genetic material of an animal to create models for these diseases – for example, to introduce a gene may be responsible for the disease so scientists can test potential treatments.

New technologies for genetic alteration are now available, which has led to an increase in the use of genetically altered animals (mainly mice, but also zebrafish in particular). This in turn has increased the number of animals used solely for breeding genetically altered offspring.

Are animals used to test cosmetics and other chemicals?

People often think animals are used in cosmetic testing in the UK, but this is not the case. Within the EU, it has been illegal to test cosmetics on animals since 2009, and illegal to sell cosmetics where either the product or any of its ingredients have been tested on animals since 2013. Household chemical testing was banned in the UK in 2015, but substances such as industrial chemicals that might get into the environment are often tested in animals to assess their potential effect on humans.

Where are the animals kept?

A high quality environment is very important for a research animal's welfare. Regulatory bodies produce specific guidelines on what should be provided for different laboratory species, laying out minimum requirements.

The cages in which laboratory animals live should be appropriate for each species and meet their needs, giving them enough space and enabling them to have contact with other animals. The animals should be able to show natural behaviours – they should have shelter and material to make a nest, things to chew on, different toys, appropriate foods, space to run or climb and so on. If these needs are not met, animals can show abnormal behaviours and physiological changes, which not only compromise their welfare but also influence the scientific data obtained from the animals.

Over the past twenty years, there has been a lot of improvement in what is provided to animals in laboratories. However, a lot is still unknown about their needs and what improves their welfare, as well as how to tell the state of an animal’s welfare.

What happens to the animals?

What happens to the animals depends on the type of experiment they are used in. In some cases animals will be given an injection (for example, to introduce a chemical into the bloodstream) or have a blood test. Some experiments may require animals to undergo surgery, for which general anaesthesia will be used. Some experiments involve testing an animal's memory or ability to do specific tasks. This can involve restraining the animals or giving them an unpleasant sensation such as a small electric shock. Pain relief should be given to animals where possible, but this might not happen if it would conflict with the aims of the experiment.

At the end of a study, most animals are killed and their tissues and organs analysed as part of the experiment.