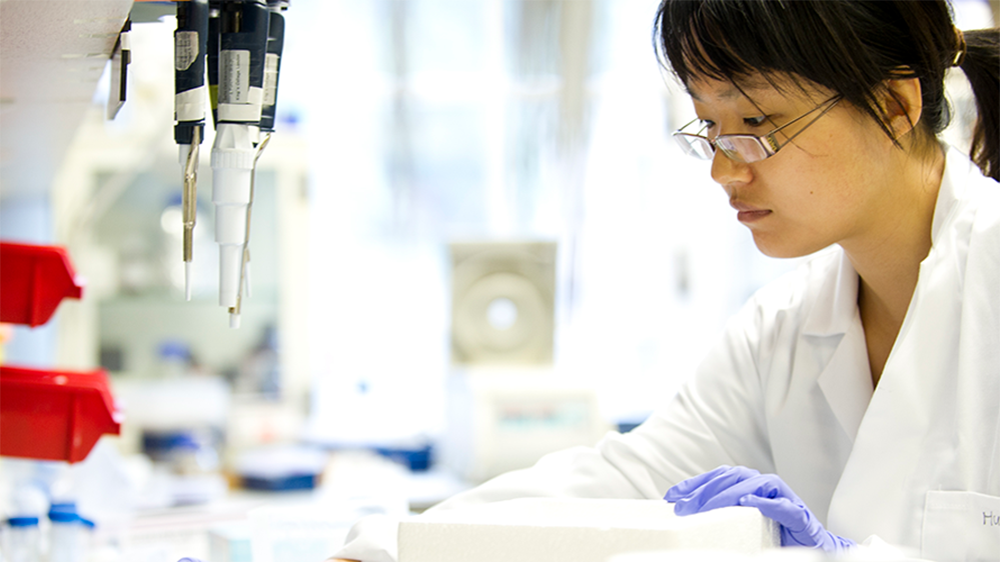 We have recently committed £494k to support four new Training Fellows to acquire 3Rs research experience, with guidance from a dedicated mentor.

This is the fifth year of our Training Fellowship scheme with 18 early career researchers now having received NC3Rs funding. With the latest awards, over £2m has been awarded to support promising early career researchers. The latest researchfish data, which we use to assess the impact of our portfolio, shows NC3Rs Training Fellows are effective at forming their own collaborations, establishing networks that will aid their career. The data shows half of these collaborations extend beyond the UK and that our Fellows are sought after as keynote speakers in their respective fields at national and international conferences. Overall, half of the Training Fellows awarded between 2016 and 2018 reported receiving further funding before their Fellowship ends. Two of our very first Training Fellows, Dr Deepali Pal and Dr Sara Gago, have successfully been awarded NC3Rs PhD Studentships – we also recently highlighted how an NC3Rs Training Fellowship helped advance Deepali's career.

Our Training Fellows are proving to be excellent 3Rs ambassadors, with two-thirds already reporting they have had 3Rs impacts locally in their respective institutions. For example, Deepali has been able to replace over 73% of mice used to expand patient-derived leukaemia cells in Newcastle University in the last year, a total of over 2,500 animal experiments impacted. The 3Rs methods and technologies developed by our Fellows are also being adopted by others both in the UK and abroad. Dr Scott Davies, awarded his Fellowship in 2018, has developed a multiphoton imaging method for studying chronic liver disease in human tissue, which has been adopted by a spin-out company replacing the use of mice for testing the behaviour of fluorophores. The cardiomyocytes derived from pluripotent stem cells to replace mice in hypertrophic cardiomyopathy research, validated as part of Dr Diogo Mosqueira’s Training Fellowship awarded in 2019, have been shared with laboratories in the UK, the Netherlands, Germany and the United States.

Now we are pleased to welcome four new early career researchers as NC3Rs Training Fellows. The awards are summarised below.

Siobhan’s project will expand on the larval zebrafish stroke model she previously developed during her NC3Rs PhD Studentship. The larvae spontaneously develop intracerebral haemorrhages enabling non-invasive imaging studies to be performed, replacing severe procedures in mice as classified by the UK’s Animals (Scientific Procedures) Act 1986. Siobhan’s Fellowship focuses on studying brain regeneration after the haemorrhage, and whether the increased regenerative capacity of the zebrafish can be replicated in human brain stem cell cultures, demonstrating further utility and increasing confidence in the zebrafish larval model.

Radiomics is used in the clinical setting to extract quantitative data from medical images supporting diagnosis and decision making in cancer patients. Kathryn’s project will work to develop a standardised workflow enabling radiomics to be used in small animal CT imaging. She will use computer modelling to establish relationships between tissue characteristics, phenotype and the radiomic imaging features. Using radiomics as part of the suite of non-invasive imaging tools has the potential to identify the phenotypic nature of tissues without the need for invasive biopsy techniques or schedule 1 procedures, reducing the number of animals in longitudinal imaging studies.

Idiopathic pulmonary fibrosis (IPF) is a degenerative lung disease in older adults, which results in a build-up of scar tissue in the lungs preventing oxygen transfer into the blood and leads to progressively impaired breathing. Animal models, predominantly mice, are used to better understand the disease and research new treatment options. By treating the animals with bleomycin, reversible scarring on the lungs can be induced, a procedure classified as causing moderate suffering under the UK’s Animals (Scientific Procedures) Act 1986. With support from the Medicines Discovery Catapult, Joseph will expand on a human 3D model of IPF, where fibroblastic cells resemble the stiffened scar tissue in IPF when treated with TGFβ, making the model more representative of the human condition. Joseph will use low oxygen culture conditions and add cytokines identified in IPF patient lung fluid, in addition to TGFβ, before incorporating further cell types to replace the use of mouse models in some studies.