The NC3Rs Board members have expertise in animal and non-animal research, animal welfare and the 3Rs. 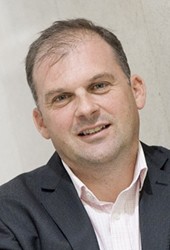 Professor Kevin Shakesheff is Pro-Vice-Chancellor of Research, Enterprise and Scholarship at the Open University. He has published over 250 papers focusing on regenerative medicine and applying tissue engineered models in vitro in drug discovery and safety profiling, technologies that are key to advancing the 3Rs.

Following a PhD at Nottingham, Kevin took up a NATO Postdoctoral Fellowship at MIT before returning to Nottingham in 1997. In 2001 he was appointed to a Professorship and in 2013 he became a Royal Society Wolfson Merit Award Holder. He was a Sub-Panel Member for the Research Excellence Framework (REF) for 2014. Before joining the Open University in 2021, Kevin was Pro-Vice-Chancellor for the Faculty of Science at the University of Nottingham, where he also chaired the University’s Animal Welfare and Ethical Review Body. He is currently Chair of the NC3Rs Gateway Advisory Board and 3Rs Prize Panel. Kevin is a Fellow of the Royal Pharmaceutical Society and the Royal Society of Biologists, and in 2014 he was selected as one of the 10 most inspirational scientists in the UK by the Engineering and Physical Sciences Research Council (RISE Leader Award). 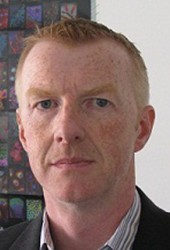 Professor Paul Evans is Chair of Cardiovascular Science at the University of Sheffield, as well as Director of the Repair and Regeneration Research Node. His research uses a cross-disciplinary approach to study the biomechanical mechanisms that control atherosclerosis. His work has been recognised by the award of the Medawar Medal (British Transplantation Society), John French Lecture (British Atherosclerosis Society) and Michael Davies Award (British Cardiovascular Society).

Paul chairs the AWERB at the University of Sheffield and was previously Chair of the European Society for Cardiology Working Group on Atherosclerosis and Vascular Biology. He is currently a member of the MRC's Non-Clinical Fellowships Panel. He has served on the NC3Rs Project Grant and Fellowship panels and is currently Chair of the Training Fellowship Assessment Panel, as well as the academic mentor to the NC3Rs Regional Programme Manager for Yorkshire and the North West. 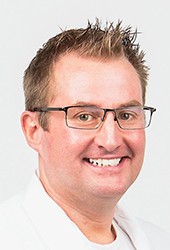 Professor Christopher George leads the Molecular Cardiology group at Swansea University Medical School, where he researches the mechanisms that underpin the predictability and variability in the response of stem-cell derived heart cell networks to genetic mutations and drugs. Through this work, Chris is developing new in silico methods for predictive toxicology. He is a Senior Editor of the British Journal of Pharmacology, with responsibility for the journal's cardiovascular portfolio. He is also a member of the editorial boards of Cardiovascular Research, Frontiers in Physiology and Artery Research.

Chris is currently Chair of the NC3Rs Grant Assessment Panel. He was previously Faculty Lead Researcher at the National Institute of Social Care and Health Research and an Executive Member of the Cardiovascular Research Group-Cymru. 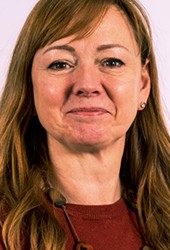 Ms Linda Horan is Manager of the Biomedical Procedures Unit (BPU) at the University of Strathclyde. She has overall responsibility for the BPU, a large multi-discipline laboratory animal facility that supports around 80 personal licensees, providing a vital support service for research and teaching at Strathclyde. In this role she has overseen a merger of two units into one new facility, managed major refurbishment projects and controlled a budget in excess of £0.5M.

Linda has over thirty-five years’ experience in managing animal facilities. She is the current Convenor of the ScotPIL committee and has helped to deliver its accredited training courses, which have trained over one thousand Home Office personal licensees. She has held various roles within the professional body the Institute of Animal Technology (IAT) and in 2019 became Chair/Chief Executive Officer of the IAT Council. 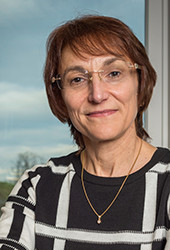 Professor Jane Hurst is the William Prescott Chair of Animal Science and Head of the Mammalian Behaviour and Evolution Group at the University of Liverpool. Her main research interests are scent communication in mammals, animal welfare (particularly that of laboratory animals), humane rodent pest control, the evolution of different mammalian social strategies, and the interactions between behaviour and disease. She led the original research into non-aversive mouse handling methods, which won the 2010 3Rs Prize and has since been developed into key resources in partnership with the NC3Rs.

Jane is currently Deputy Chair of the BBSRC Appointments Board and a member of the Royal Society’s Research Appointment Panel B. She served as the President of the Association for the Study of Animal Behaviour (ASAB) from 2010 to 2012 and was awarded the ASAB Medal in 2017. Jane was awarded an OBE in the 2020 New Year Honours for services to animal welfare. 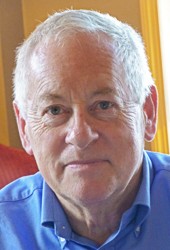 Dr David Lovell is Associate Dean for Career Development of Research Staff and a Reader in Medical Statistics at St George’s Medical School, University of London. His research focuses on facilitating the design, analysis and interpretation of a wide range of experimental and observational studies at St George’s. He has experience of working in both academia and industry, for organisations that include the University of Surrey, Pfizer, BIBRA and the Medical Research Council. He was also a Postdoctoral Fellow at the National Institute of Environmental Health Sciences in North Carolina USA. 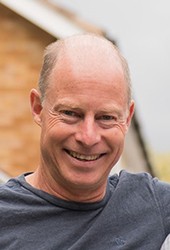 Dr Tom Matheson is a Reader in Neurobiology at the University of Leicester and a Senior Fellow of the Higher Education Academy. He studies how nervous systems control behaviour, with interests in sensory-motor processing, neuronal plasticity and biomechanics. His team combines electrophysiological recording techniques with quantitative behavioural analyses to study the natural aimed limb movements of insects. In other research he explores the interactions between organisms and their environment – particularly in the context of locust swarm formation. His multidisciplinary research involves collaborations with engineers, mathematicians, molecular biologists and statisticians.

Tom carried out his PhD at the University of Canterbury in New Zealand before undertaking a series of postdoctoral positions at the University of Cambridge. He then moved to a lectureship at the University of Leicester before being promoted to Reader. Tom has previously sat on the NC3Rs Grant and Training Fellowship Assessment Panels, and the NC3Rs Expert Working Group for Impact. He is currently a member of BBSRC Grant Panel A and is a former BBSRC Advanced Research Fellow and BBSRC Research Development Fellow. 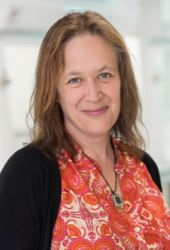 Professor Cathy Merry is Professor of Stem Cell Glycobiology at the University of Nottingham. Her interdisciplinary research group works to understand the role of glycosaminoglycans (complex sugars) in the cell biology of healthy and diseased tissues. Currently the group is focused on creating models of disease that recapitulate the natural extracellular matrix. She studied Biochemistry at the University of Manchester, during which time she spent a year working for Amgen Inc. in California. She remained at Manchester, working at the Paterson Institute for her PhD and postdoctoral work, before establishing an independent research group in the School of Materials. Following a sabbatical at Uppsala University in Sweden she returned to the UK to join the School of Medicine at the University of Nottingham where she now works in the Nottingham Biodiscovery Institute and is Deputy Director of Research for the School. 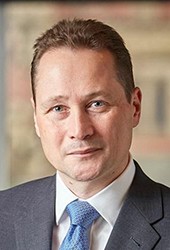 Professor Nick Plant is Deputy Vice-Chancellor of Research and Innovation at the University of Leeds, and a Professor in Systems Biology. His research interests focus on how the body coordinates its response to chemical challenge, using computational approaches to predict the health impact of chemical exposure. He has worked with partners from academia and industry to integrate complex datasets from disparate experimental approaches, increasing our understanding of the processes that lead to fatty liver disease and breast cancer.

Nick was enrolled as a Fellow of the Royal Society of Biology in 2016. He has served on the Committee for Toxicity on Chemicals in Food, Consumer Products and the Environment, as well as the Medicines and Healthcare Products Regulatory Agency Pharmacovigilance Expert Advisory Group and Nicotine Containing Products Working Group. He is currently Chair of the NC3Rs Skills and Knowledge Transfer Award Assessment Panel and has also been a member of the NC3Rs Grant Assessment Panel, Fellowship Panel and 2018 3Rs Prize Panel. Since 2015, he has been on the roster of experts for the Joint FAO/WHO Expert Committee on Food Additives (JECFA). 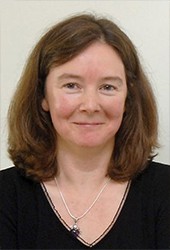 Dr Sally Robinson is Director of Animal Sciences and Technologies (UK) at AstraZeneca, where she is also the Establishment Licence Holder for the Alderley Park site. A toxicologist by training, she has over 25 years of experience in the pharmaceutical industry with a focus on the application of the 3Rs. Between 2008 and 2013 she managed AstraZeneca’s Home Office Compliance Group, and between 2012 and 2013 she represented AstraZeneca on the UK Bioscience Coalition, which focused on the transposition of EU Directive 2010/63 to UK law.

Sally received the Society of Toxicology’s ‘Enhancement of Animal Welfare’ award in 2009 for leading a cross-industry NC3Rs project that led to changes in international regulatory guidance. She is currently Chair of the European Federation of Pharmaceutical Industries and Associations (EFPIA) Research and Animal Welfare Group and a member of the UK Home Office’s Animals in Science Committee. 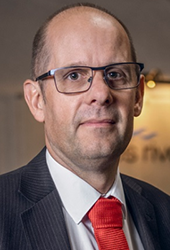 Dr Clive Roper is Director of the department of In Vitro Toxicology at Charles River Laboratories. His department currently performs regulatory in vitro skin absorption, in vitro respiratory toxicology, in vitro safety pharmacology, investigational and mechanistic toxicology focussed on tissues and 3D models.  The department innovates and develops New Approach Methodologies to evaluate safety and efficacy using cells, 3D models and tissues. Following post-doctoral research at Newcastle University, he joined Inveresk Research (acquired by Charles River in 2004) as a Research Officer. After serving in study director and scientific manager roles, he became Head of In Vitro Sciences and subsequently Director of In Vitro Toxicology.

Clive has been actively involved in advising regulatory agencies as well as industry bodies in understanding and acceptance of existing and New Approach Methodologies. He is also a member of the global Charles River 3Rs Working Group and a founding member of the North American 3Rs Collaborative. 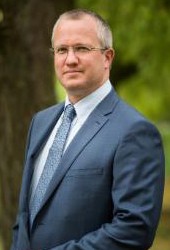 Professor Jon Timmis is Deputy Vice-Chancellor (Commercial) at the University of Sunderland and Visiting Professor of Intelligent and Adaptive Systems in the Department of Electronic Engineering at the University of York. He is also the CEO of SimOmics Ltd, a spin-out company that provides cloud-based tools to support the 3Rs in testing, understanding toxicological risk and increased transparency of mathematical and computational models.

Jon's research is interdisciplinary and revolves around computational immunology and immuno-engineering, using swarm robotic systems as a platform for testing ideas relating to self-repairing autonomous systems. He leads the project team for the Maximise CRACK IT Challenge to develop an integrated web platform for agro-chemical formulation toxicity classification and data sharing. He is currently Chair of the CRACK IT Advisory Panel. He is a previous recipient of the Royal Society/Wolfson Research Merit Award and the Royal Academy of Engineering Enterprise Fellowship. 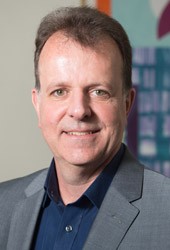 Dr Robin Buckle represents the MRC on the NC3Rs Board. He is Chief Science Officer at the MRC, a role that includes responsibility for the MRC’s Units, Centres, and Institutes, as well as its head office scientific operations, Boards and Committees. He provides leadership for major science implementation programmes in select areas and acts as an ambassador for the MRC, developing networks and inter-organisational relationships and providing a public voice both nationally and internationally. He works to optimise internal and external communications, funding, review and governance arrangements, to ensure continuous evolution and integration of the MRC's work into UKRI. 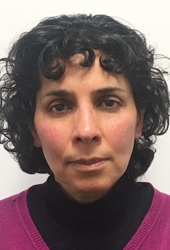 Dr Sadhana Sharma represents the BBSRC on the NC3Rs Board. She is the Interim Head of Strategy for Bioscience for Health at the BBSRC and is responsible for leadership and coordination of this strategic area, which encompasses Lifelong Health, Nutrition for Health, One Health and Biotechnology for Health. 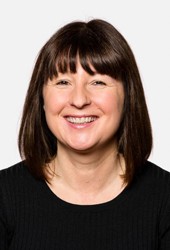 Dr Vicky Robinson CBE is the Chief Executive of the NC3Rs. For more information, please see her staff page.

Board Members are appointed in a personal capacity for three years, with the possibility of a further two years extension. They are required to declare any private, professional or commercial interests that might, or that might be perceived to, conflict with the NC3Rs' interests. 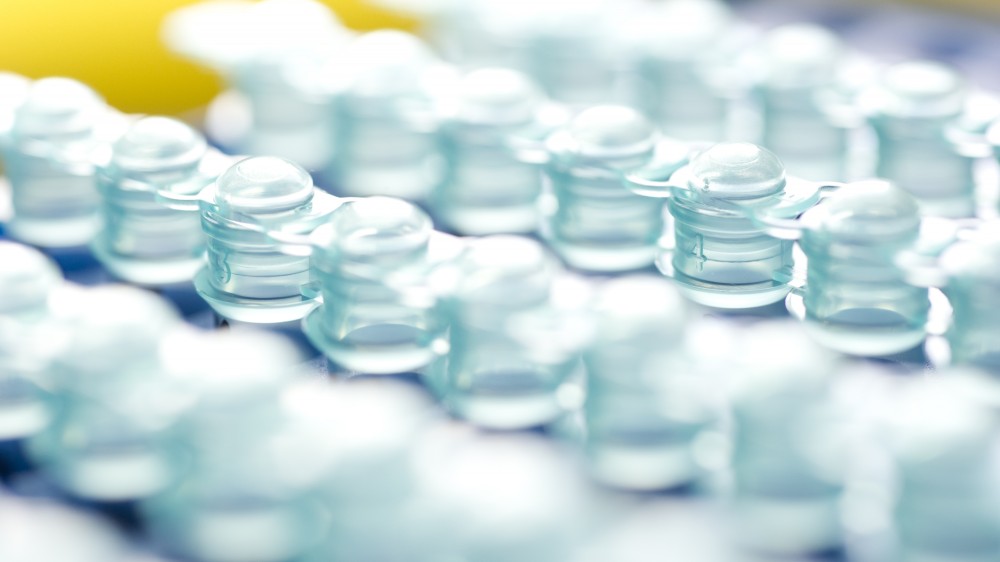