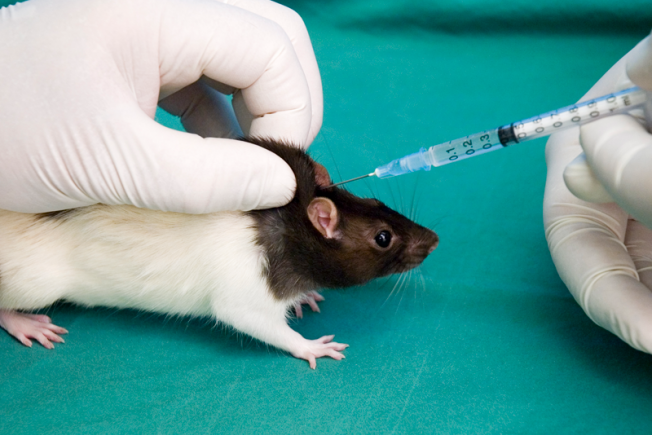 Studies of abuse potential for drugs targeting the central nervous system have historically used the non-human primate as the ‘gold standard model’. Although this often involves naïve animals many studies use substitution paradigms where animals are trained to self-administer known substances of abuse such as cocaine, which are then removed to determine whether the animal self-administers the test drug. 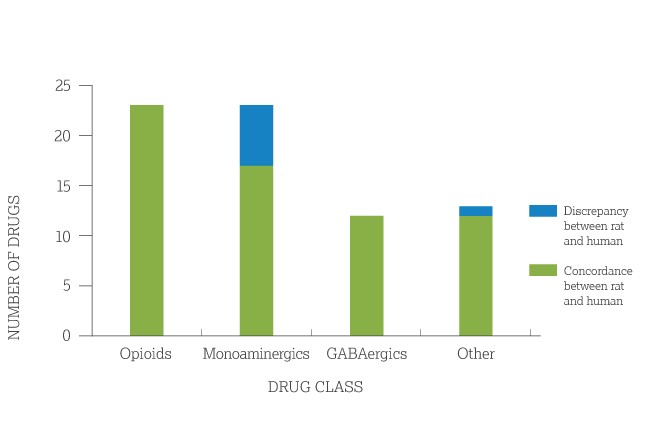 Per cent of drugs for which rat self-administration studies are concordant with at least one clinical indicator of abuse liability.

We are also looking at specific aspects of study design to identify recommendations for refinement to the rodent studies. In collaboration with the CAMARADES group we are carrying out a systematic review and meta-analysis of opioid self-administration studies in the rat to investigate the impact of variables such as feeding restrictions, restraint, the type of training animals receive and the amount of time they are exposed to a drug. Understanding how these variables influence the response will enable us to formulate recommendations to improve the welfare of the animals used.