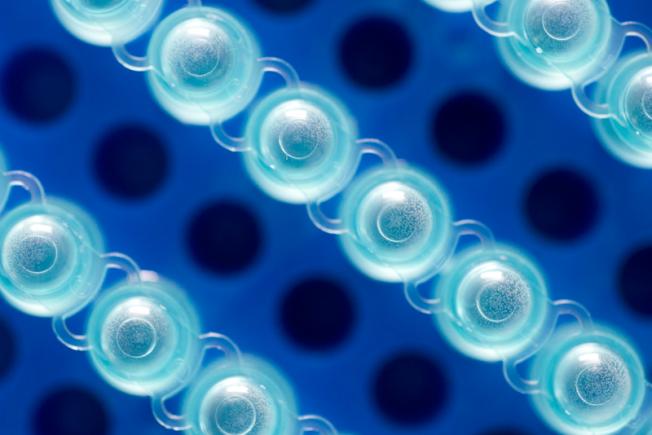 Prediction of human pharmacokinetics (PK) is a critical part of candidate selection and the identification of compounds which have appropriate exposure levels in man. Frequently, human PK in early drug discovery is predicted using allometric scaling from a number of different species. Up to 27 animals are used per candidate, including rats, dogs and non-human primates.

By analysing data on the clearance of 74 compounds we have shown that human liver microsomes can be used to predict PK for compounds cleared by hepatic cytochrome P450 enzymes (as shown in the figure below) as accurately as the non-human primate, and that the rat alone can be used for renally cleared compounds (data not shown). The human liver microsome data has been validated by Huntingdon Life Sciences in a study commissioned by the NC3Rs. This work has provided the basis for a predictive framework which allows compounds with the most desirable PK properties to be selected using in vitro methods alone or in vitro methods combined with a single species study in the rat.