£1.75 million awarded to deliver the 2018 CRACK IT Challenges 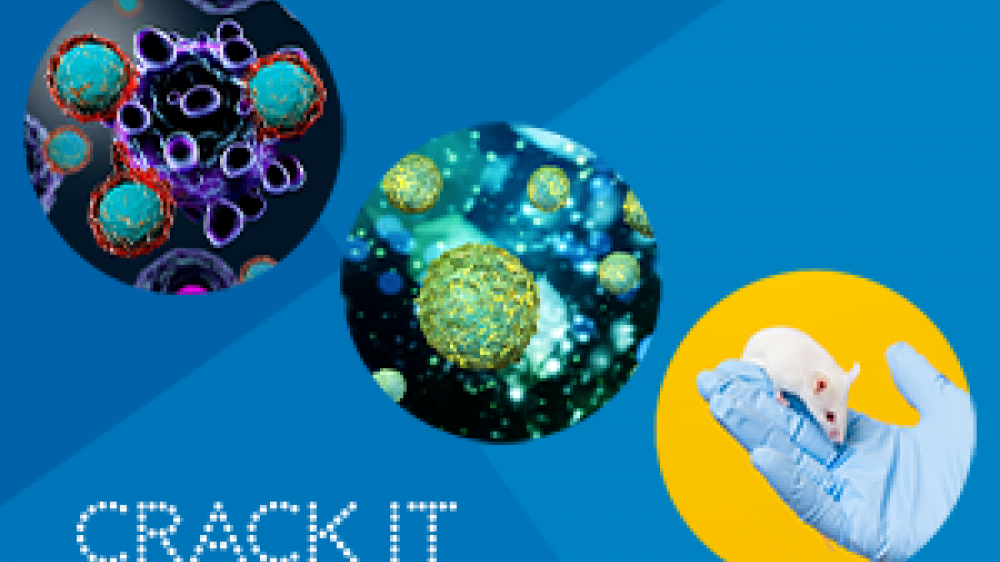 Two teams have been awarded funding to deliver Phase 2 of the 2018 CRACK IT Challenges competition, which brings together industry, academia and SMEs to develop marketable products or improve business processes that will have a significant 3Rs impact.

In 2018 there were two, two Phase Challenges:

ImmuLiver – ‘An immunologically-competent in vitro model of the human liver for the assessment of Yellow Fever vaccine attenuation’.

Yellow Fever (YF) is a mosquito-borne flavivirus disease characterised by the impairment of liver function, leading to severe illness and death. The YF vaccine used to prevent the disease is based upon a live but inactivated form of the YF virus (attenuated vaccine). The safety of new seed lots of the YF vaccine is currently assessed in non-human primates (cynomologus macaques). Animals are innoculated with a test dose of the vaccine and clinical observations, blood sampling and post-mortem histology are performed to examine whether the animals develop any signs of YF.

Sponsored by Sanofi Pasteur, this Challenge aims to develop a functional liver model that can recapitulate as much as possible the complexity of the organ for the routine assessment of YF vaccine attenuation and replace the use of macaques in the safety testing of these products.

The funding was awarded to the Newcastle-based SME Newcells Biotech, led by Professor Lyle Armstrong. The team is developing an in vitro model of the liver sinusoid composed of hepatocytes, endothelial cells and immune cells derived from induced pluripotent stem cells.

RaTS – ‘A device for objective monitoring of rheumatoid arthritis progression in rodents’.

Rheumatoid arthritis (RA) is a chronic autoimmune disorder characterised by persistent joint inflammation, leading to cartilage and bone damage. Rodent models of RA (typically rats) are used to study the effect of pharmaceutical treatments being developed to alleviate symptoms and slow disease progression. Induction of RA in these models can cause significant pain and distress to the animal, and terminal anaesthesia is used to obtain measurements from the affected joints to assess treatment effects.

Sponsored by Galvani Bioelectronics and GSK, and co-funded by EPSRC, this Challenge aims to develop a device for objective monitoring of RA progression in rodents. This longitudinal assessment would reduce the number of animals needed overall and allow the early detection of cartilage and bone damage and healing, thereby reducing the severity of endpoints.