Single use of needles: how AWERBs can support refinements in practice 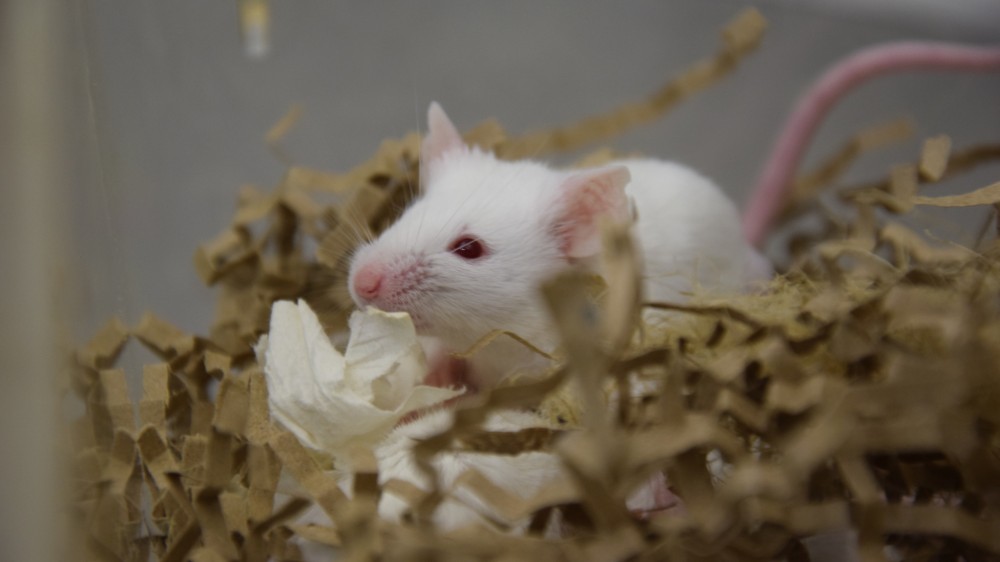 In this guest blog post Dr Sally Robinson, Director of Animal Sciences and Technologies (UK) at AstraZeneca, explores the role Animal Welfare and Ethical Review Bodies (AWERBs) and other oversight bodies can play in ensuring refinements are put into practice. She shares how AstraZeneca's AWERB helps support the single use of needles as standard across the company and its global sites.

In this third blog post on single needle use (read Sally's previous blog posts here), I am taking the opportunity to focus on the role of AWERBs in establishment wide refinements. The AWERB has a number of tasks in the legislation including: advising on the application of the 3Rs and establishing and reviewing management and operational processes for monitoring, reporting and follow up in relation to the welfare of animals use in the establishment.

Ensuring new refinements and good practice are implemented relates to both of these tasks.

Within AstraZeneca single needle use is the expected practice globally except where there is a justified exception that is approved by the Oversight Body (AWERB in the UK). One such exception is the subcutaneous injection of specific cell lines for oncology xenograft studies in mice. These exceptions were rationalised on the basis that the overage required due to needle-hub dead space losses (an extra 0.05mL of suspension lost for every 0.1mL of cell suspension) could sometimes be a limiting factor in cell supply. All studies are designed with statistical input so that the numbers of animals and other processes improving reproducibility are implemented. Not having enough cells for the numbers of mice required for the xenograft study would mean that scientific outcomes could be put at risk. Therefore on limited occasions it was necessary to consider and balance the risk to the generation of the scientific data versus. reusing a needle in order to enable the appropriate number of mice to be used. Where needle reuse was allowed it was limited to a cage of mice.

The overall consensus of the AWERB was to completely move to single needle use and to keep momentum to help prioritise any work required that would enable this. The AWERB kept this as a focal topic requesting regular updates at the meetings as well as continuing to provide constructive challenges. Initial internal work included gathering overage data by cell suspension/medium (evidencing where single needle use would be a particular challenge) and opportunistically assessing tumour growth in studies to assess any impact of single needle use. Based on the overage assessment and cell growth comparisons in vivo the only AWERB agreed exceptions were for the cell lines that required 100 flasks of cells or more for a study.  Despite the exceptions being very few the AWERB were not content and continued to keep this as a live topic.

The lack of availability of low dead space needles and syringes in 23G was an issue as 23G needles had been used for cell implant for many years. Moving to 25G needle would enable access to low dead space needles/syringes as well as being a further welfare refinement for the mice as this is a smaller needle gauge. We considered whether any work was required to support the reduced needle gauge by assessing the cell lines and needle gauges used by other sites and external groups. This paper assessment supported a move to 25G needle for a significant number of cell lines without the need for further work. However, some of the cell lines we are using are unique to AstraZeneca. In addition, some of the cell lines are particularly fragile and susceptible to shearing and it was therefore important to understand whether the reduced gauge might increase cell shearing. Implanting low quality cells would lead to poor scientific output from the mice used.

An in vitro assessment using a particularly problematic cell line was conducted and this demonstrated there was no impact on cell quality and cell growth using a 25G needle. In addition, we have also assessed different multilayer flasks which have increased surface area. There were challenges in that some of these flask types were not stackable within our incubators or did not give the increase cell yields expected. We assessed a new five layer flask that increased cell yield by 2 to 3.5 times and that was stackable within our incubators. By implementing the change in both needle gauge and flask type we are now able to move entirely to single needle use.

Although everyone agreed on moving to single needle use where possible, there was an underlying tension between scientific concerns and welfare concerns about the full roll-out to a no re-use policy. Although the needle issue is on the surface relatively simple, this has been the most controversial topic the AWERB has had to deal with. There have been strong emotions and challenges throughout the journey to move away from needle reuse highlighting two different ethical perspectives; one perspective that values individual mice as more than a ‘means to an end’, and the other that considers the greater good of delivering high quality scientific data from the mice (accepting needle reuse may be required on occasions to enable that) as it is this data that will ultimately support the development of medicines. It is easy to see that these differing perspectives may clash creating the tension. There were differing views on how the potential harm from needle reuse balanced against the potential risk to scientific delivery. A culture of care involves considering all the different perspectives. Whilst it is not always easy to do this ultimately it can lead to a sustainable change supported by a robust evidence base.

Everyone who works with animals has a focus on animal welfare. However, when analysing the harm/benefit assessment different drivers can lead to a difference in opinion. The continual challenge from the AWERB ensured we were able to come to a result that meant we all agreed that we were minimising risk to both science and animal welfare. Whilst using a single needle is a small refinement it can benefit many mice. The AWERB has continually driven this by bringing the topic and updates on progress back for discussion and by continuously challenging the exceptions. The team have continued to assess new ways to reduce cell overage requirements and move to single needle use without negatively impacting scientific delivery. The only exceptions to single needle use were for cell implants (i.e. all other parenteral routes already used a single needle per mouse). Cell implant is a procedure conducted once on each mouse per study, and exceptions were only in place for a few cell lines, and thus our focus was on a very small number of exceptions in the total number of parenteral procedures we perform in mice. It would have been easy to stop at the approved exceptions. However, the AWERB took the example of needle reuse very seriously because whilst it represents a small change it was considered fundamental. The initial approved exceptions were part of a pragmatic approach to supporting the ongoing science and working to develop new medicines. The AWERB maintained a focus on doing the right thing to remove the last few exceptions and this example illustrates the important role of AWERBs in driving establishment wide refinements.

Our experience is that policies that are grounded on principle and evidence, and where that is understood and agreed, are more likely to be adhered to in practice.